Why Do Whites See Trayvon Martin Case So Differently? 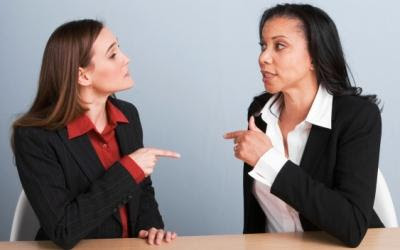 I read today how Whites and Blacks have such starkly different views on the Trayvon Martin case (here). I'm going to go out on a limb, for the sake of discussion - so bear with me.

White Americans live culturally under at least two evolved and competing, but nonetheless symbiotic, philosophies of the rule of law. The first is state law, the Constitution, describing what bad acts are allowable. The second is Judeo-Christian law, expressing how good we need to be, in the eyes of God (presumably to enter heaven). Blacks live with no greater or lesser discipline, but to the greater extent, under the cultural philosophy of Christianity.

In the Black view, Zimmerman acted against advice (as armed pursuer), showing bad intentions (faith), so he is guilty of what followed, plain and simple. In contrast and the White view, bad intentions are not enough. Zimmerman would also have to exceed a minimum standard of unacceptable behavior established, in part, by 'stand your ground' laws (statues). In other words, evidence must show, beyond reasonable doubt, that he was not defending himself.

So in the end, Whites may very well see George Zimmerman going to hell, but not to jail, for killing Trayvon Martin, while Blacks make no such distinction. And what looks like racism to many, in reality, is a blind spot(s) created by competing and evolving legal philosophies, attempting to govern our disparate and colliding societies (cultures).

The first is state law, the Constitution, describing what bad acts are allowable.

I don't understand what you mean by "bad acts that are allowable." Like killing someone in self-defense? I also don't understand the division you see between blacks and whites when it comes to the cultural philosophy of Judeo-Christianity. I know there are cultural differences but I don't see the distinction you are making.

In the Black view, Zimmerman acted against advice (as armed pursuer), showing bad intentions (faith), so he is guilty of what followed, plain and simple.

In contrast and the White view, bad intentions are not enough.

I have lost you here. Bad intentions are everything, I would think whites and blacks would agree. If Zimmerman was consciously thinking in his mind "young black thug, I am going to kill him" then he is guilty of murder. But supposedly this neighborhood has been plagued by crime. People get tired, edgy and angry. And when the face of crime has a definite profile, a human being begins to stereotype. It's a protection mechanism. Every race and ethnicity does it.

Supposedly Zimmerman did community work and mentored black boys, spoke out for a homeless black man beat up (or actually killed?) by the son of a police officer, etc. But he is still a human, and it doesn't matter what race you are ... the face of violent crime, unfortunately, looks like the look Trayvon Martin was cultivating.

"And what looks like racism to many, in reality, is a blind spot(s) created by competing and evolving legal philosophies, attempting to govern our disparate and colliding societies (cultures).

I absolutely do not think Zimmerman was "racist" beyond what anyone else is. I do not know what happened that night, and absent objectivity, what people think happened and how they see the evidence will be influenced by their race and their experiences, not by our "competing and evolving legal philosophies." Deep down, we all know right and wrong. We are scared and trying to protect ourselves and those who look like us. That's why Jesse and Al don't come out when the black flash mobs attack or the Channon Christians and Christopher Newsoms get slaughtered or when a white family in Akron Ohio was attacked by a black mob of teenagers.

Also, I think everyone is missing the crux of the issue. Under the law in Florida, should they have arrested Zimmerman? And who made up this law of "stand your ground" and WHY? Is Florida so crime and violence infested that people feel that they need some added protection?

Maybe this is the same reason why "hate" crimes laws were established. It makes people feel "safer." Law upon stupid law, and deep down, we all know what is right and wrong.

What is horrific is the domino effect: the New Black Panthers coming out with a bounty for this man. And black youths in Sanford using a hammer to beat up an old white man. And the neo-Nazi's coming out in Sanford to protect the white people there. And two white guys in Tulsa, Oklahoma shooting 5 random black people. And God-know what else.

The 911 tape tells us Zimmerman stopped following,that Martin ran. He did not initiate the confrontation, Martin did. When he started giving his address to the dispatcher he stopped, saying, I should not give all that out, I don't know where this kid is.

Can people not hear? Or is it just that they don't want to hear like in the Duke lacrosse debacle?

Zimmerman did NOT act against advice!
He told the dispatcher Martin had run and then that he did NOT know where the kid was as he was giving out his address! It's all on the 911 tape!

That is fact, not the fiction the media has spread and that the blacks who are in a revenge filled feeding frenzy refuse to consider.

There's your real difference.......
They refuse to consider the possibility of something other than what they want to believe, that Sharpton, Jackson, and all the other people of that group are dead wrong just LIKE in the Duke lacrosse case.

Blood will probably spill again over this mess and this time black people will be the ones spilling it and who then will be held accountable??????
I know who should be!

Zimmerman is a responsible homeowner, goes to work in a suit and tie, and is concerned with the well-being of his neighborhood. There'd been a bunch of break-ins lately... and seriously, this REALLY puts people on edge. Having your home broken into is a very violating and unnerving experience. None of the perpetrators had been caught, putting people even more on edge. And let's be honest here about who the likely perpetrators are - young black males (who will likely do something to conceal their identity before committing said crimes). This isn't a racist assumption - facts and statistics overwhelmingly bear this out. Profiling is the rational thing to do. And so Zimmerman was doing the right thing to go check out who this hoodied young black male was doing in the community that he didn't recognize.

Trayvon, on the other hand, was suspended from a school a bunch of times, and had supposedly been in fights, been robbing jewelry, and (maybe) dealing drugs. His twitter handle was NO_LIMIT_NI**A with a picture of himself flashing gang signs and rocking gold teeth... basically another dumb black kid trying to be a thug.

White people (and pretty much all other respectable people) are SICK of this sh*t. We sure as hell don't connect with someone like Trayvon, and are sick of this dyfunctional "thug" culture (and a media that seems to celebrate it).

Combine that with the fact that this same media so blatantly mis-reported the facts of this case at the beginning to fit the convenient narrative/political agenda of "mean white man kills innocent black boy", and the subsequent Al Sharpton protests and hoodie marches in favor of Trayvon, and we get even more pissed off. Meanwhile blacks continue to commit crime and murder at 7 times the rate of everyone else, and the media doesn't report on that at all... they instead condescendingly tell us not to profile black people, when it is the completely rational thing to do. Millennia of evolution have given us these instincts of self-preservation... and those instincts are going to take precedences over not offending some pompous politically-correct liberal preachings.

One final thing: How the physical altercation between Zimmerman and Trayvon went down is still unknown. Respectable, intelligent, rational people should be waiting for all the evidence to come out and play out in a courtroom. Blacks (along with the media, initially) however have jumped to their conclusion fitting their narrative that "white man kills innocent black boy in cold blood", and they're believing that no matter what. And you seem to be doing the same, Mr. Collier (what with your assumptions about Zimmerman going to hell).

Excuses excuses for the precious innocent sweet angelic Zimmerman. Yes it is quite apparent that there are tons of excuses for sweet little angelic Zimmerman, he was so defenseless and a complete Saint. Yes I guess its good that Trayvon Martin died anyway, after all noone gives a darn and he was no good to anyone I suppose... because all that truly matters is that Zimmerman is a wonderful unblemished Saint therefore its okay when someone is murdered in this world that we live in. It was good that Trayvon died, now the world will be more peaceful and Saints like Zimmerman are so innocent and should be commended.

this is a test to see if I did something wrong to keep my post from going through. I closed that little box a bit too soon I'm afraid, but I have saved my original post incase it was just lost and not just being moderated. If this one shows up then I will try again to post my original comment.