On July 30, an all-white jury in Jena, Louisiana found black high school student Mychal Bell, guilty of aggravated second degree assault and conspiracy, related to injuries to a white student. The assault was the culmination of events following black student desire to sit under a heretofore ‘whites-only’ shade-tree at their school.

Upon review of the facts, as we know them (and this is not easy) it appears that the entire town, from school leaders, to the students, to the district attorney and including law enforcement, have lost their collective ethnic minds – or probably never had them. Unfortunately, the Jena Six boys are destined to pay the most significant price for the town’s resulting cognitive and behavioral meltdown, which began with three hangman’s nooses.

To cut to the chase, once the townsfolk hostilities entered the arena where people were grabbing their guns and getting knocked unconscious, someone should have realized that charges would eventually follow, and be serious. It may very well be racism that had this game of ‘musical chairs’ stop on the lives of the black boys, but no one should have been surprised – certainly not the black parents or the boys themselves. Why sacrifice your kid to remind us that the world is not fair?

Now America may, once again, be ‘surprised’ and embarrassed that racism is still alive and well. Some of us may indeed double our efforts, locked arm-in-arm with our favorite Reverend, to bury racism next to the N-word. But the truth remains. Ignorance is all that is required for people to square-off. And there is a lot of ignorance in this country about how we arrived at our present calamity.

To add salt to the wound, it seems that young Bell’s court-appointed attorney put up no real defense of the lad – certainly grounds for appeal. I guess the NAACP was too busy planning the next symbolic funeral instead of trying to save these kid's real futures.

I can only hope for a measure of divine intervention in Jena that somehow recovers the opportunity these people could have, if only their brains worked properly. However, it seems that I am probably asking too much.

Acting White: When Race is NOT the issue.

Today I took my daughter to see Barry Bonds try to tie the home run record of Hank Aaron. The record will eventually fall, but not this day. However, the afternoon did give me motivation to catch-up on the latest discussions of Mr. Bonds, steroids, baseball, and racism.

I have seen numerous headlines asking whether Bonds is being subjected to a double-standard of behavior vis-à-vis white players who have alleged to, or admitted to, use of performance enhancing drugs.

I have also heard blacks say that if Bonds gets an asterisk by his name in the records books, so too should Babe Ruth. The logic here, which I needed help to comprehend, was that Ruth set the record during a time when blacks were barred from the majors, therefore all the records of that time are suspect in similar fashion.

Regarding the asterisk defense, I would say that everyone knows that Ruth never faced the likes of Satchel Paige, arguably the greatest pitcher in the Negro Leagues, for reasons having nothing to do with either man, but rather the times. Baseball history will forever suffer the consequences of those times. But beyond this loss, sometimes the times should simply rest in peace. Put the shovel away, declare victory and move on.

Regarding the Bond’s double standard, it’s too bad that race goes so well with every argument. If we do not like someone who is black, it must be because we are racist, or self-hating, no matter what form of behavior that person presents to the world. Race is like the joker in a deck of cards, it trumps everything to the point of uselessness.

I have said it before; I am no fan of Bonds because he is as bad a sportsman as he is a great hitter. Blackness has nothing to do with it. I do not think anyone should have to pretend to like him or lay off him in any way, in some guilt-induced attempt to prove they are not racist. This would be insulting.

I think the absence of Aaron himself, a classy guy if ever there was one, says it all about the validity of this record breaking event. 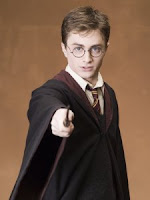 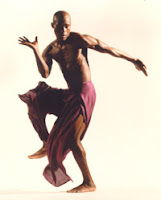 Gestures are good. Saying hello, for instance, to people in an elevator is a nice thing to do. Slowing to allow cars to merge into traffic is another. But some gestures, like burying the N-word are silly, even at the hands of the once mighty NAACP. Not because the N-word is good, for it certainly is not. However, ‘nigger’, or any of its variations, is a vessel of ignorance, regardless of whose mouth it exits, and it is this ignorance that needs a real funeral – not one for show.

Burying the word in a ceremony is no different than putting departed Aunt Sadie’s favorite dress in the ground, while her body lays somewhere unattended and in open-air decay. The ignorance that has blacks and whites using the N-word so creatively, in all directions, sits fully nourished away from the spotlight of the cameras, microphones, and salivating ‘info-tainment’ hounds reporting on its faux demise.

I attended an open-air farmer’s market this past Sunday and in the midst of the organically grown fruits and veggies was the drone of an amateur gansta-rapper whose ignorance was ever-present, without a single utterance of the N-word, the H-word, or any other expletive begging for deletion. I was nonetheless annoyed and embarrassed by what he was saying, as well as how he was saying it.

When the young, thuggishly adorned, man finished his serenade, I was amazed that some people clapped their seeming approval and encouragement. I did consider that their reward may have been to secretly encourage the sweet silence following his finish. In a world where good is bad, and up is down, I would have desperately taken the long-odds that the clapping would tell this kid that he needed to get back to his real future - the books. But no such luck.

Fortunately, I had a back-up plan – an unceremonious exit to my car, organics in hand, where Fourplay was waiting on the CD to take me home.