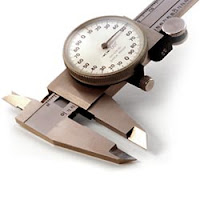 I run from any contest that measures the amount of hair on my head, for I will surely place near the bottom. It is human nature to avoid contest that we believe we will lose. However, if I really wanted hair I suppose I would save up my nickels and buy it, in many variations, including Rogaine, folical transplants, etc.

With this thought in mind, there is a controversy brewing around IQ tests for sale on eBay. It seems that authorities are concerned about the tests falling into the hands of people who might misuse them. Like steroids I suppose. More likely some entrepreneur, not unlike Kaplan, might get the idea to capitalize on the increasing stakes and offer an IQ ‘prep class’ for a nominal sum, and rake in millions.

I’ll get back to Ebay in a second, but this brings up the issue of measurement and our love-hate relationship with it. On one hand, it is only by measuring ourselves that we gain insights from the feedback. Quality gurus Deming and Juran jump-started a modern-day, post-war, industrial miracle called Japan, Inc. based on measurement. And failure was the daily hallmark before that country turned itself around. But then again measurement creates winners and losers, at least for the moment, and our society is increasingly desperate not to experience even a moment of failure, even on the road to success. This attitude, for those on the bottom, is very costly.

We are afraid that open pursuit of measuring intelligence locks us down, rather than providing opportunity, so we paint it as the most heinous tool of evil ever produced. The reality is that failure is the natural series of events which occurs before eventual success, in school, on the job, or playing field. Testing or not-testing does not change this. I worked harder knowing my IQ was not as high as I imagined. However, as long as educators treat measurement as something too complex for regular people to understand, and therefore buy into, they invite skepticism.

For the record, Black people do not universally mind being measured. They invite it in sports and artistic endeavors, because they think they will excel, even with racism. I also remember how some of my white classmates in high school complained that the physical education (P.E.) grades dragged down their G.P.A.’s. In the end, experience has proven that a few points in IQ or GPA simply does not make the difference for who succeeds in life. It has much more to do with attitude in the face of adversity.

So I’m all for eBay allowing the IQ tests sale. Educators are not so smart that they should stiff the scrutiny of regular folks over something that should make sense and be explainable. They contend that you cannot prep for the test, so why should it matter if the tests are available. BTW, they said the same thing about the SAT. Wrong. Granted, the administration and analysis of intelligence measurement is a professional challenge best in the hands of the qualified, but the wraps need to come off. Measurement only improves itself and its subjects when done in the light for all to see.

I will go further to predict that disparities in intelligence reach back much further than we ever imagined, including the time before there was more than one race. But it will surely take too much time to get to this truth as long as we continue to play the game of ‘hide and seek’ with one narrow swatch of smartness.

It's been two weeks since my last blog. I don't know how some bloggers keep up the pace. Issues stream in daily, begging for attention. I am thoroughly convinced of the importance of the blogosphere to our progress.

Nevertheless, I needed a diversion. I took an artisan vacation of sorts. I have always been intrigued with stipple drawings, particularly the headcuts unique to the Wall Street Journal (WSJ), displayed by example in Apple Founder/CEO Steve Jobs (below).

The drawings, by talented artist, take many painstaking hours to lay down a series of dots of varying density. My goal was to let my computer do the heaviest 'lifting' in my own home-brewed process, on my way to becoming my very own stipple artist. I will let you judge my initial draft work below.

My process at it's base begins with a photograph separated into many levels of gray, each level then matched to a set of digital 'canvases' of dots of varying size and/or shade, which when properly overlayed, reveal the character of the subject by hiding and not-hiding each other, depending on whose on top.

Less one thinks computers have taken over, this is not true. Significant parts of the subjects must be interpreted and re-drawn before dots can be laid down. The separation process is far from exact and excluding a photograph's background is not a simple mask or cut. I can't tell you how many times my poor little lap-top went into cardiac-failure over manipulating millions of dots in memory.

For sure there are some programs that attempt to create these 'pointillist' renderings, but I found them lacking. They make the dots too big and simply cannot interpret as well as the eye. These problems preserve the few artist who do this work by hand, along with the WSJ's lock on them for $500 to $1,000 a pop.

Where I go with this new 'skill', I have no clue, but it was fun. I will more slowly hone my stippling skills for a time when the book is finished. Thanks go to my two subjects, the embattled President Mbeki of S. Africa and the newly elected Jacob Zuma of the African National Congress. Now back to the issues of 'acting white' and how we confuse this with 'acting right'.

Acting White: The Baby and The Bath Water 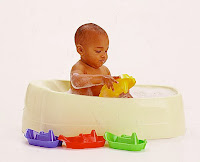 A football player is dead, another in jail. Imus is back. Tasers are the new choke-hold. Young girls go missing. Prisons populations grow. War rages, towed by greed. Borders contain nothing. Jobs export, disparity imports. Blacks are becoming more and more dissatisfied, volatile and angry with each other, and others. The Urban Killing Fields cry for a fix.

But before we start fixing all the problems we must fix one problem. A kid can learn in school only if he wants to be there. And before Blacks can start to make America the place of their dreams, they have to want to be here. This is not easy, and not to be confused with not wanting to be somewhere else.

Being happy to be in America does not, in my opinion, make you a sell-out. Sure this country mistreats its citizens for various reasons, including race. But just go to Kingston, or Lagos or Rio and see how folks are doing. For my ancestors who died in Africa as competing tribalists, or as slaves in America, I am grateful, and I try to show it by treating my existence as something precious, a gift.

Does this mean supporting my country right or wrong? No. But does it mean acting like this country, with all of its warts, is the best place on the planet to get an education, get a job and have a family? – damn right. Where is this place where people will judge me only by the content of my character? I think it is called heaven and to get there I must be dead. No thank you. I don’t want to die yet, and I can’t wait. I’m too impatient.

If I honestly thought Africa, or any other place, was a better place for me, I would pack my bags and go there. But it is not. Circumstances, good and bad, brought me here to America. I start each day thinking that I want to be here because those before me sacrificed and the place has potential, including my contribution. But I must strive to contribute, not complain or tear it down on general principle. Grumbling in moderation is good. Voting, even protesting, against things that should stop, even better. Wanting to be here, priceless.

Sure, throw out the bath water when it’s spent, but keep that baby who just might grow up to do great things that make you proud. This is fix #1.