What John Derbyshire Should Have Said In His 'Talk' To White Kids About Blacks: Part II 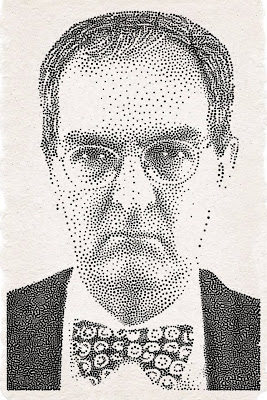 This is Part II in response to conservative John Derbyshire's 'NonBlack' version of The Talk - for which he was fired from the National Review. I focus on point 10 of 15, where Derbyshire spouts his most racist of rhetoric on Whites engaging Blacks.

As in the first post (here), I say what Derbyshire might have said, if his goal was to provide something useful for his reader. I agree with him that people should learn how to use statistical common sense, but I believe it applies to everyone, not just Blacks.

Before I make my points, a set-up is required. Poor people, in general, are less educated, less law abiding, more aggressive, and more willing to take chances with their lives AND others. Black people are disproportionately poor, and, as stated in number #9 of the earlier post, many Blacks have 'attitudes' towards Whites that are minimally suspicious up to outright racist. Therefore:

10a. Avoidance. Avoid concentrations of any group of poor people, unless it is an event expressly to help them.
10b. More Avoidance. Stay out of poor neighborhoods, no matter the race, unless you are on a planned mission of renewal, led by experienced professionals.
10c. Large Groups. Stay away from large groups of any race, period, and definitely stay away from large groups of an ethnicity not your own, especially lawyers, clergy, and Mary Kay sales people.
10d. Events. Do not attend events likely to draw large groups of anyone, except farmer's markets - they cool.
10e. More Events. If you are at an event where the number of people swells, leave quickly. If it's Blacks, Latinos, Asians, or Whites, leave more quickly.
10f. Politicians. Be wary of ALL politicians.
10g. More Politicians. Scrutinize All politicians.
10h. Samaritans. A smart Good Samaritan is someone willing to dial 911 from a safe/secure distance. Be smart!
10i. Accosted. If accosted by a strange anyone on the street, don't smile, don't be polite, make an exit and take it agressively, with eyes on your antagonist, and with a loud voice.

I refer back to my comment on part 1: Chris Rock already said what Derb said, and not your watered-down version, either.

@1:42PM, no defense here, but from my perspective, Black parents need a more advanced version of The Talk that expounds on what Chris Rock touched upon. And, they need it in a way that is more palatable and less comical (less, not devoid). Frankly, I have two 'talks' I give, the first for dealing with White authority, the second is for Blacks kids, the more important (IMHO).