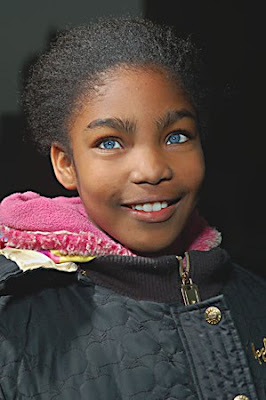 I gained an interesting peek a short while ago into a facet of white people. This was not my expressed purpose in helping my friend, but the character of the situation caught my attention nonetheless. Too often, when differences of race or ethnicity appear, we subscribe some nefarious motive to the cause/result and spin-off into our respective worlds of verbal jousting. But more often than not differences are just an illustrative story of the less presented pathways to the present.

The place was an eye specialists’ office, specifically an ophthalmologist/surgeon, with a waiting room stacked full of patients, white patients, each with some form of eye lesion (tumor). Most of the tumors are nearly invisible and benign, but some, unfortunately, are malignant (cancerous) and must be treated, via surgery. Now this room of people was not just white, but of people, curiously, who’s location of ethnic origin (LEO) was Northern Europe and Scandinavia.

If we review eye color in humans, we might recall that mutations beyond classic brown-eyes could and did occur in all people, but only ‘stuck’ in people of higher latitudes and lower sun intensity because, bluntly put, blue/grey/hazel/green eyes did not facilitate their premature death. Fast forward to the doctor’s office and what we see, in part, is what happens when fair-skinned/eyed people move from northern latitudes southward to such places as the US, where their bodies, and in this case eyes, are not well-adapted to a different sun intensity. Wham! Nevus, nevi! Cancer!

So just as blacks in North America experience internal cancers rates that exceed the mean of their brethren in West Africa, and the white population, whites experience ‘external’, or surface-level, rates that exceed the mean of blacks as well as their folks in the old country, and for really the same reason; displacement from the latitudes to which our bodies are best adapted. Blacks were moved north (and to South America) during the Atlantic slave trade and fair whites immigrated west and southward looking for opportunity.

If we continue, we see that the cures for these higher cancer rates, other than returning to our respective ancestral homes, are quite simple. To begin, everybody needs a D3 blood serum level that is adequate. Most of us are deficient in this cheap vitamin supplement, available over-the-counter at any pharmacy/health store, that allows our immune system to root out wayward cells. Following on, everybody, young and old, needs to protect their eyes and skin from the sun. Hats, sunglasses, proper clothing, and sunscreen are needed anytime we are in the sun, not just in summer at high-noon.

It is natural for us to use our differences to exaggerate our group strengths and to attempt to hide perceived weakness, but if we look at ourselves honestly, we will always see that there is much more that makes us similar, even through the lens of our differences.

Don't we need the sun's rays to manufacture Vitamin D?

Anon 6:42, there are two ways to get D3, via the sun's rays or a supplement. Rays present a varying tradeoff based on individual pigment and latitude-driven sun intensity. D3 supplement provides mgmt of both serum levels of D and need for limited exposure to harmful rays - a much better approach.

When you start off the blog with generalizations of white people, like we have a "group-think" mentality, your entire arguement is void. You are doing the very thing that you oppose. I could watch a doc on Tookie the Crip and say, ah...I have gained insight into black people. Come on. This is ridiculous. Your "ancestral home"? That is my ancestral home as much as it is yours, and I am blue eyed white guy. Have you seen Africa? Do you really want to live there? Seriously? It is true that a vast number of black people have ancestral roots in slavery, and slavery isn't justified. However, every population in the history of the world has been enslaved at one time or another. If you are in America...good for you. At least you can sit at home watching Africa on the TV, typing your blog, with your 10 degrees in air conditioning and with no worries of soldier storming in and murdering your family. Pay homage to your enslaved ancestors as they deserve it. They endured and provided you with great opportunities. This is as much your country as it is mine. When you open an argument with a generalization about white people, you are doing the very thing that white racists do to you when they see gangbangers.

Anon 8:39, I only commented on an interesting empirical disparity (backed by scientific reason), similar to what a white person might notice (more black men) in a prostate specialist office in a higher latitude geography like Boston. Untie your knickers!

Yes! Get your vitamin D3. It is so important - one of the biggest things we can do to deter so many conditions. Here is a link to something that I just came across today: http://articles.mercola.com/sites/articles/archive/2009/10/10/Vitamin-D-Experts-Reveal-the-Truth.aspx

I don't really know that much about the subject -- but you seem to be implying that throughout the ages blue eyes have been selected against as you move toward the equator...is that really true? ...as apposed to genetic drift and selective breeding in northern regions? My understanding is that the selective pressures due to cancer are not very strong because most tend to develop after breeding age. But maybe these types of eye cancers are an exception. Did you notice the age of the patients in the office as well as their eye/skin color?

nice story. However, I would very much appreciate if you credit me (Taj Washington) for the photograph of the little girl, as I am the one who took it 3 years ago in Manhattan.

Taj, I'm happy to credit you. Please provide any information you have in support of credit. Thanks. I went to tajwashington.com and got back a 404 error.

My site has been dormant for sometime, and that is why i responded through facebook. I met this young lady in East harlem on 117th street. I believe she lived around there. I was mesmerized by her eyes. Also, her mother has one BLUE eye and one BROWN eye; sort of like a Husky. I posted this picture on Flickr long before I started tagging my pictures because I didn't think that people would steal them. How wrong I was. i have since seen this photo on a fraud site, which has caused issues with me and the girl's family, as they thought I was exploiting her. They later realized I wasn't. In any case, I am more careful now because I know everything can't be shared with everyone. With that being said, all you really have as proof is my word, but take it as you wish, as I have no reason to lie to anyone.

Sunscreen? For Vitamin D we need to spend regular time in the sun, with our skin exposed, not lathered in chemical laden sunscreen.

Too much sun exposure is bad, but not enough is unhealthy too.

I used to wear tons of sunscreen because I'm very fair, burn easily and live in a very sunny place and spend a lot of time in the sun.

Now I skip the sunscreen, limit my time in the sun, such as not laying out at the beach, but I do make sure to get regular sun exposure by going swimming and doing other things for limited time outside daily. If not the beach then a short walk or bike around the neighborhood.

So far this summer no burn.

Vitamin D3 is so necessary. Everytime I go to the doctor, they prescibe me with a 25,000 dose (once a week for 4 weeks) treatment.