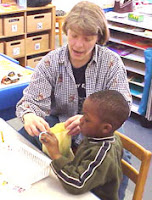 Hypovitaminosis D is a medical phrase that we should all begin to get use to hearing, as it relates to our health. It is the medical description for the numerous and varied maladies stemming from vitamin D deficiency.

While the medical community scrambles, some would say haplessly, to get the word out on the critical importance of vitamin D, the leading edge of that same community continues to unearth data pointing to its widespread health impacts in whites, people-of-color, and particularly in blacks.

In this latest installment, the implications of inadequate D levels are linked to autism, analyzed by factors of race and latitude – the determinant of intensity of sunlight. Autism, a psychiatric disorder of childhood characterized by marked deficits in cognitive and intellectual development, represents the tip-of-the-iceberg analysis of vitamin D effects on women of childbearing age, pregnancies, and fetal and early childhood development through adulthood.

If autism is, in any part, the worse possible result of epidemic-levels of vitamin D deficiency, showing itself in 6 of each 1000 children (US), how might millions of children and adults manifest lesser symptoms in ways that correlate to D levels from the melanin in their skin and the amount of sunlight they are getting each day? Black children in the US score an average of 15 points lower than white children on the same controlled intelligence tests, for reasons that continue to elude the best psychological and educational research.

So not only are we coming to understand that the higher rates of internal cancers, diabetes, hypertension, et al, in black adults has correlated origin in vitamin D deficiencies, but that black children are likely at the front of the line of getting short-changed in their neurodevelopment, beginning nine months before taking their first breath.

New York City Schools will shortly begin a highly-publicized cash incentive program for coaxing improvement out of under performing black kids, and this may be well and good, but paying kids money to learn when their essential vitamin D levels are slowing them down, like a drag-shoot, makes little sense. The vitamin D levels of most of these kids, like their parents, are so low that they fail to register at all in health screening.

Innovate sure. But, while we are at it, how about wrapping some free vitamin D around a promotional campaign? It's just a cheap pill and our future, regardless of race.

Take D and live! (and get some for your kids, too!)

For more information, check out www.vitamindcouncil.com.

Regrets of a School Dropout

The Regrets of a School Dropout -

"In the end, all things being equal or not, success in life is a self-selecting process. As individuals we option ourselves in or out, depending largely on the choices we make on our behalf, regardless of externalities. Those who succeed, do so by ‘hook or crook’, against overwhelming odds. Those who fail can always point to the behavior of others, but also with an invisible wink-and-nod to their own complicity. Advantage over the daunting odds is to be found in innumerable places along the way. For the privileged, it can often be purchased, or arrive as a bestowed right, or legacy, of the past. Whether this is fair or not, is a question of moral debate, but unquestionably it remains how the world operates. For the poor masses, advantage almost always comes through education, acquired with determination, and against systems designed to maintain the status quo, despite contrary rhetoric. In all cases, assimilation is the cornerstone, or lever, to achievement of change for the better." 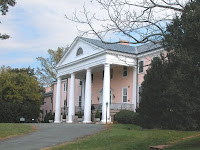