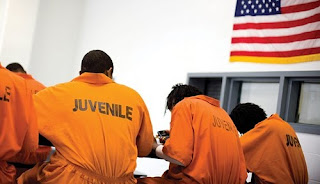 Upon reading a summary of a just released justice department study (here), that revealed disparate treatment upon apprehension, I wondered if black kids are simply more dangerous, as Jesse Jackson spoke of (here). I will have to spend more time with the study, but I suspect that the question may not have been asked. This can often be the case in these studies when the answer is something that might wake the elephant in the living room.

In any case, the first two comments to the HuffPo article (here) set the context for my question, better than I ever could.

Comment One: (from Jamar Jahi),
"another reason why whites make themselves the enemy".

Comment Two: (from Truthseeker427),
"The truth is to[o] scary to print.
African "youths", will knock you out,
then blow your guts out,
and then group steal everything off your dead body,...
To prove it, take a walk in the hood tonight.

I don't think that would work.