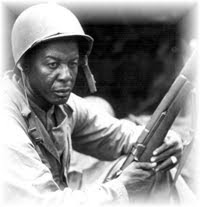 No one in their right mind would argue that our society is free of racism. But is every act influenced by race deserving of the accusation, and all that it brings? Contrary to what I read and hear, my answer would be no. Like it or not, ethnicity, as indicated by race, describes difference that can be meaningful, as well as meaningless, or both, in the case of personal preference like dating, worshipping, or joining a private club.

A few months ago I was waiting to join a friend for dinner, in the lobby of a nice San Francisco hotel, when an older white gentlemen and his wife approached me as though I was the doorman. I politely directed them, with their questions, to the actual doorman, a young white man uniformed as such. I was annoyed for that instant, but felt immediately better when I move away from the door to a seat near the restaurant. My friend arrived thereafter and we had a nice evening meal.

Now, in my younger years, this event would have clouded the evening as an indication of the pervasive nature of racism in this country. In allowing the negative wake of the man’s ignorance to remain, I would have pushed my blood pressure up, and set off a host of stress responses that would ultimately shorten my life. The daily influence of these types of incidents is evidenced in a recent article (here) entitled, “Constant Race-Based Discrimination Can Lead to 'Racial Battle Fatigue' for African-Americans”.

What I think the study misses is the power and control of perception that resides with the recipient of these alleged discriminations. In most cases, the intent of the discriminator is immaterial to the greater damage that the recipient allows the slight to inflict. I prefer the water on the ducks' back approach, except for the circumstances where my rights are reduced. Freedom from ignorant people who annoy us is not guaranteed by the constitution.

Thats weird because no average modern black man would even HAVE a job as a doorman, because those jobs were stereotypical and many of us would rather be rappers or shoot hoops.....we need to start to become mentors for these young boys of african descent--things would change drastically if we can (girls don't need it as much)

Well, it would depend on my mood. If I was in a jolly mood I could laugh it off. But, if I wasn't, I'm sure my blood pressure would rise too no matter how hard I tried to control it!

Freedom from ignorant people who annoy us is not guaranteed by the constitution.

More's the pity, no? That would have taken care of the Know-nothings in the mid 19th C, the Klan in the late 19th and 20th centuries, and, among many others today, the Tea Party.

Dude... Back in the Day...
My friends and I were in a wedding at the Disneyland Hotel and wearing tuxes.
When we exited the elevator a couple asked us to help them with their bags.
We helped them but when they tried to tip us we explained that we were guests at the hotel.
THEY were more embarrassed than us.

It was not an oversight, or gross ignorance on behalf of those white people. It was just a clear demonstration of outright blatant racialism on their behalf. In the minds of those white people all persons of color present in such an UPPER CLASS environment must either be a doorman, porter, bellhop, or janitor, regardless how he is dressed or who he is with.

Now as for me, I have put up with this kind of shit from white people for a good 73 years and I refuse to participate in it any longer. If what you chronicled were to happen to me, I would simply turn and walk away from those racialist whites. I would NEVER NEVER take the time (gifting them with my own very precious time) to direct them to the appropriate doorman as such a response simply confirming their bigoted racialist perspective that I mentioned above; namely that any black man present is there to serve the white patrons in some capacity.

You will have these incidents. Live and let live is a good motto. Some folk will make these faux pas without malice. Social generosity, to a point, is the hallmark of civilization.

I like your point of view on this. However, I do think it is important to call out white supremacy in every instance it comes in contact with us. Especially, if we have the consciousness to see it. A simple well put and non- confrontational statement. Like, when you are redirecting them to the real doorman. Saying something like, look at that not all doormen are men of color :-) have a great day. White people do well with micro aggression why not use their tactics on them. Subtly point out their mistake and how it was racialized. I don't know in my head I guess I believe that if enough people did this there would be change.