The Case of Multi-lingualism in America 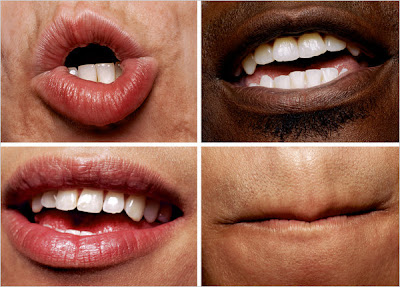 A friend with an upcoming vacation to Barcelona, Spain, asked me why I have taken up teaching myself French. I have never been to France, and have no near-term plans to visit. The closest I get every year to the land of Napoleon is watching 21 days of the Tour de France. Nevertheless, learning French is on my ‘bucket list’, as I think it sounds nice, and I envision the inviting French countryside, similar to time I spent in Italy.

Offering me another chance at PC-ness, my friend revised herself and asked why I was not learning a language of greater utility to a Californian, like Spanish. I thought hmmm? Good (and tricky) question. On one hand, it makes sense to learn Spanish, as so many Mexican immigrants do not speak English. Conversely, it begs the question if this country’s accommodation, through increasing bilingualism, really helps bridge cultures and people? Perhaps, perhaps not.

If I were to live in France, or Italy, I would not want them learning English on my account, or confusing themselves into thinking that their lives would gain some diversity ‘bump’ by doing so, either. When in Italy, I stammered, stumbled, and goofed my way through Italian, quite to the appreciation and entertainment of the people (I’m sure). But hey, it’s not my country! Remaking them to my liking is not cool.

Concluding, I may learn French if my brain and mouth can work together, but I will not have as a priority to learn the language of immigrants, including Swahili, in order to make it easier for the newly arrived or me. This country needs its citizens to rally around one language, English, one culture, American, and its development and furtherance as a purpose. We simply cannot afford the cultural division and economic high-cost of multiple language systems and divisive off-shoots.

~
Ignorance and bigotry is a MoFo:

I can totally relate to your interest in learning languages other than english. A few years ago i was thinking of possibly spending time in germany so i learned a bit of deutsch. I'm much better at spanish but i don't really *like* that language. I speak french as my mother tongue. Chinese sounds like quite a challenge but it seems like the next language I would most likely try to learn. I think I'll stop after that though :)
I'm lucky in that even a an adult, I seem to have quite a knack for learning languages.

I understand your concern about not projecting that you're ready to bend backwards to accomodate outsiders by speaking their languages. I have some arabic speaking colleagues. Since I'm naturally curious about a lot of other cultures, i often ask them questions about their country and ask them to explain a few words sometimes. But I don't do it as often as I wish because i don't want to give the impression that I'm more into their culture than into my own western culture. Arabs have a tendency to view such behaviour as proof of submission.

Thats a flawed logic to think that learning another person's language is 'bowing' to them. If anything it is an advantage.

If you learnt Spanish for example; people who spoke it would trust you more, work with you more, likely to do deals with you and so fourth.

If I went to China to do a deal it would make the process a lot more easier if I spoke Mandarin. Many things get lost in translation. Also, ignore "ogunsiron" talk about submission. People will feel honored that youtook the time to learn their language.