The Great Slavery Debate – An Introduction 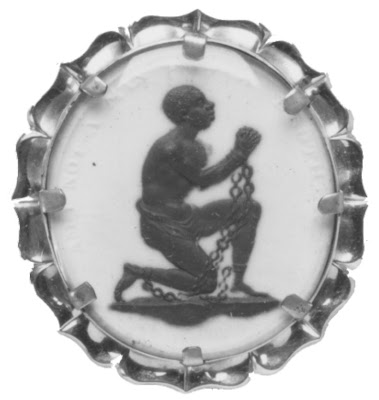 Perhaps the most recurring historical truism of America is the need for Americans to move past slavery. Mind you, move past does not mean ‘get over it’, in the snide way some people admonish. At the front of the line of the many who need to move on are Black people. In therapeutic lingo, this means squarely facing the past then letting it go, so as not to impede the future.

This weekend I had a spirited debate with some family members, including my 19 year old daughter and her boyfriend. The young Black man, from Atlanta, was the most adamant contender that ‘our slavery’ was worst than previous instances, although he offered no specific difference, other than the distance that slaves were transported.

Others in the debate gave examples of the brutality of slavery in the South, from beatings, murders, assaults, to the wrenching apart of loved ones. My offering, that these treatments were within the range of treatments of slaves throughout human history, fell on deaf ears. Nope, the contention remained that ‘ours was worst and this is why Black people are so messed up today’.

Over the coming weeks/months, I will take a look at some questions about North American slavery, against the context of today. Why did it happen? Who benefited the most/least? Why did the founders adopt it, and then fight about it. Who was Jim Crow? What is the social and economic legacy? How has slavery history affected modern-day immigration? What lessons were learned/not learned?

If this weekend was any indicator, it might be kind of interesting.

I look forward to the coming weeks/months.

The first Africans who were transported here were indentured servants - no?

Also, I think that it's customary for young people to be very passionate. Later when they read things they calm down. I didn't know about indentured servitude until I was past 40.

I'll get ahead of your coming discussion and say that American slavery was not worse and was in many cases "better" than slavery elsewhere in place and time. Historically, many slaves were captives in war, the men being worked to death in mines or in other grueling work, the women becoming household slaves/prostitutes. (Even being worked to death was an improvement on being slaughtered as a war captive.) Colonial America and the U.S. were among the few places - perhaps the only places - where slaves increased in number through births to slaves, indicating a certain degree of well-being. Elsewhere, slaves required continual replenishing from outside, since the slaves were being killed off through terrible living conditions.

Dennis, my first installment is about how the relative modifier 'better' morphs into a positive adjective - and then the fight breaks out, or at least reading stops.

Mind you, move past does not mean ‘get over it’, in the snide way some people admonish.

I think Black People will "get over slavery" when Southern Whites get over Confederacy=Lost Cause mythology. And they stop romanticizing the antebellum & Confederate time periods.

Saying that US slavery was "better" than slavery elsewhere is something that need only be pointed out to hard-core ideologues.

In the sense that US slaves were allowed to survive, form families and pass on a legacy this is true.

But what exactly is your point?

The answer to Eternal White Guilt (which I don't feel and which I would reject even if I did) isn't, "gee, nothing happened here, let's move along."

Can you touch on the notion I've found repeated in hip-hop that "Blacks are still slaves"?

Your daughter's boyfriend sounds like he has a bright future in the grievance industry. Why are you trying to take that away from him?

atitdude, I'll suggest that the reference of some rap lyrics to 'blacks as slaves' is hyperbole, with the goal emphasizing an analogous 'evilness' of today's governing system, against an earlier one that imposed actual slavery. IMO is an egregious misuse of logic that has young people thinking of themselves as powerless victims, rather than capable participants.

Anon 8:45, perhaps you are correct, but to the contrary, I find the young man thoughtful and very worthy of new seeds of thought. Remember - we are all lost until we find our way, heh, heh!

Although slavery existed on this land for hundreds of years,'De facto' slavery only lasted 70+ years after the constitution was ratified, and only in the south. What happened was, after slavery with the KKK taking power in the south and the 70+ jimcrow period makes it seem longer. Our ancestors would be shocked if they were alive and we are STILL bringing up slavery as a grievance like it was just yesterday; I think many of our modern problems came with the Sex and Drug revolution of the early 70s