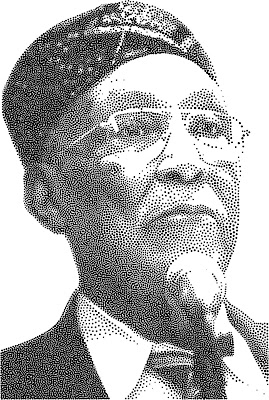 Members of the Civil Rights community in general, and familiar Blacks in particularly, are reeling on their heels from the revelation that noted civil rights photographer Ernest Withers, who died in 2007 at the age of 85, doubled as an informant to the FBI against the Civil Rights Movement, and its assassinated leader, Rev. Martin Luther King, Jr.

A Memphis Tennessee newspaper, The Commercial Appeal, broke the story on September 12, after researching evidence that indicated Withers collaborated with the FBI, including J. Edgar Hoover, for years. It was an FBI error in redacting information on informants that led the paper to Withers’ identity and the information he provided the government about the inner-workings of the movement, all in exchange for money.

Now, some will want to paint Withers as a patriot, but all I see at this moment is a betrayer. No amount of good that his photography did will ever undo the damage then and now, of now knowing he worked for people who actively sought to deny citizen rights to a whole group of people, his people. Withers was invited into confidential and private meetings, because people trusted him and believed the record of those events to be important.

This is a sad revelation, which only deepens the stains of progress, through all of the kicking and screaming.

And he was a crooked cop taking shake down money, relieved of his position in 1951! Not shocking, par for course.

The level of domestic spying done by the FBI for the sake of "Commie hunting" was shameful. Even if the Soviet Union HAD been sponsoring King, there were no federal crimes to justify a permanent informant for Dr. King. The FBI's personal attacks on Dr. King were even more abominable.

Even as I get older and see the warts with the good, I still have a great respect for the non-violent stand Dr. King took. The kind of sell-out Mr. Withers did is shameful, not patriotic.

J Edgar Hoover himself was also a negro who was a HUGE UNCLE RUCKUS and was also gay besides. People like Hoover 'blacks that pass as white' made good spies and informants for the FBI and he knew how to mess with people; this other black guy probably knew about Hoovers 'secret' most negros at the time did (only whites didnt know)