The Great Slavery Debate: The Debt of Slavery 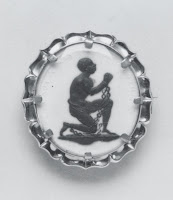 It is a recurring theme within American Black culture that White people owe a special debt to Blacks because of slavery. Certain conservatives try to short-circuit this claim by arguing that slavery was not profitable, but even if profitability was arguable (and it is not), some will still claim it as a theft of service. However, since slavery has always been with humanity, we will need to carefully establish the point, exactly, when it became theft, and worthy of damages.

Nowhere in the bible is it written that slavery is an abomination unto the Lord, or anybody else. There is no commandment against it. People were not stoned or crucified for practicing it, unlike stealing, killing, adultery, blasphemy, and a list of other prescribed avoidances. In fact, the bible and the Koran, the two most enduring rulebooks of history, and the basis of our rules of law, make nary a mention of slavery as anything more than an everyday part of life.

Did the tribal rulers of Africa think they were stealing the lives of rival Africans when they captured and traded them to Europeans for gunpowder/weapons, utensils and foodstuffs? I think not. Many Africans might argue that they were actually sparing the lives of their kindred enemies by shipping them off, as the alternative was to simply kill them. So it would seem that slavery broke neither laws nor moral codes, a continent away or here, until those practicing it changed their minds about it. This is no different than our current hot-button items of abortion, or same sex marriage. All is allowed until strictly forbidden.

People who argue for repayment nearly always cite reparations paid to indigenous Americans, Japanese internees, and WWII era Jews, but in those cases (here, here, here), laws (treaties) on the books were expressly broken. It seems that the acts of elevating the Atlantic Slave Trade, and slavery in America, to a cut above all other slavery invokes some special status where societal advancement no longer adheres to linearity. The sooner a proper perspective is in place, the better off we will all be.

Finally, perspective is not an invitation to insult and cruelty - slavery did happen and its association with a struggling group is undeniable. Nearly forty years ago a White high school classmate, Paul Ivancie, stated to me, unapologetically, how cool it would be to have a slave. His stupidity brought me face-to-face with the love/hate conundrum Blacks face in this country. There are still Antebellum Whites like him out there - I just hope that when my kids meet such people those words will roll off their backs better than mine.

The Old Testament does not condemn non-Jewish slavery per se, but it does forbid the practice of forcing people into slavery. "Anyone who kidnaps another and either sells him or still has him when he is caught must be put to death." (Exodus 21:16). Paul labels slave traders as ungodly and sinful as adulterers, liars, and patricides. (1 Timothy 1:8-10). Paul also asks Philemon to accept Onesimus as a brother rather than property, reminding Philemon that he (Paul) had every right to demand it.

Jewish slavery was supposed to be semi-voluntary indentured servitude of a fixed term. The reality never matched God's law, but that seems to be a constant theme in our world...

The sin in the African trade is in the involuntary nature and the lack of property rights, including the inability to purchase yourself out. IMHO, of course.

Hi. If you'd like our money you'll have to ask the Jews. They've got it all.

..just saying. Cause we're broke and not really that guilty anyways. The British Empire did more to end black slavery than any other institution.

And please don't censor this comment. One of the more bizarre aspects of our bizarre racial situation here in Dysfunctionland is that Blacks are for some reason scared to mention that Jews were a major force behind Black enslavement. I don't get it.

Was that the jewish portuguese jonny?

Just a quick word, our laws today don't come from the Bible(which most people didn't get to read in European civilization until the 15th century), or any other holy text. It comes primarily from the legal practices of the Greeks and Romans, who codified such things as rights, contracts, estates, and inheritance (and who also owned slaves). Over time these evolved, especially in conjunction with the practices of the Germanic tribes (who also had slaves), to form the Anglo-American legal tradition today.

Slavery is in the Bible but a person was enslaved to pay off a debt for about 49 years 7groups of 7years (Levitcus 25) and on the 50th year, they were freed(Year of Jubilee) and given money and sometimes land. Although slavery was in this land, it only lasted for 70 years after the Constitution was ratified 1789-1859 and only in a certain area. I believe many freed blacks who were above the Mason Dixon line had their own lives and neighborhoods away from their southern counterparts and some had common law relationships with whites. (they couldnt marry) kids of those unions got sooo light that they passed as white. Blacks who came north after the 1890s also passed as Italian, etc. I know because i have relatives that not only look non-black but downright WASPy (with a black parent)Yes slavery was a horrible evil, but we got rid of it, unfortuntely, the KKK came after in the 'reconstruction' era; then jimcrow lasted ANOTHER 70 years, etc