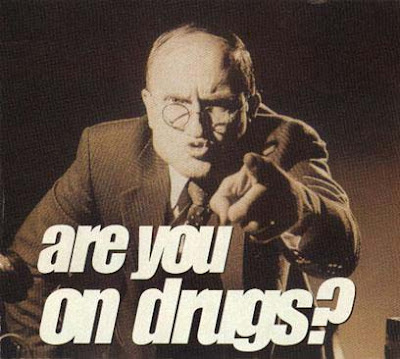 This AP news item made me think back to research on cross-race identification and how it might inform what is going on in hospitals, beyond conscious or unconscious racism in ER doctors. The knee-jerk explanation seems to be that white doctors suspect a higher level of patient misuse of pain drugs and therefore prescribe those drugs with greater reluctance and less frequency than with other races, particularly when it comes to white patients.

The reality, as researched (but not reported in the MSM), is that whites misuse prescription drugs at a significantly higher rate than blacks. So doctors are ignoring weighty empirical data in order to practice their concern for illicit use by blacks. Furthermore, they would seem to be substituting the more prevalent use of ‘street’ drugs among poor blacks, for less prevalent misuse of prescription drugs. Second, white doctors may be displaying a version of the studied problem that whites have identifying blacks during eyewitness testimony.

Empathetic bias along racial lines looks to follow the similar path as identification bias. White doctors simply ‘feel’ the pain of white patients more than blacks, largely due to their personal familiarity and alignment. The good news is that once we know of these issues, the bias can be mitigated through education and training. Black pain in the hands of white doctors, as well as that of others, needs supporting processes. This may also include addressing notions that poor people deserve a higher level of pain, due to nothing other than their poorness.

The better news is that it is these type of rational discussions and studies of race, including disparities, minus the rhetoric, that give us some hope of ever getting past the racial muck in which we are mired. Hopefully, everybody will keep their race cards in their pockets.

I can't help but to figure that if the story went that doctors prescribed MORE narcotics to Blacks that to Whites and thus Blacks became more addicted to substances such as OX - you know the usual suspects would have said that the medical establishment was attempting to make Blacks into junkies.

Not having researched the news story, just reading your entry gave me an idea for one possible explanation: maybe whites ask for prescription drugs more.

If it's true that more whites abuse prescription drugs, and feel more comfortable asking for them (an issue in itself), then maybe they do get them more.

In terms of abuse, I would assume that whites are far more likely to abuse narcotics.

This report was nothing new to me, as I have been a chronic pain paitent for the past 13 years. If I go to the ER, they generally refuse to give me narcotics, even though I tell them Im allergic to motrin/NSAIDs etc. Hopefully this report will make some doctors think instead of react.

This struck a chord with me. When I was in the military, the guys would go to sick call and get all kinds of narcotics. Me, a white woman, got aspirin.