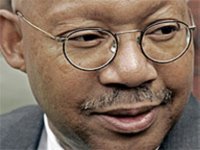 As much as some might want to give the HUD Secretary the benefit of the doubt, it is hard to think he deserves to keep his job. He basically admitted to either partisan bias in awarding contracts or lying, as the Washington Post points out, about what happens to people who express their ‘dislike’ for the president.

There is one other potential reason, albeit a long shot, for the discrepancy of behavior and interpretation this situation presents. Researchers, Black and White, have long-since recognized the different ‘styles’ of communication Blacks and Whites can bring to their engagements. Perhaps the secretary’s miss-statement was simply a regression to an earlier cultural artifact that he forgot, during his tenure on the ‘blue’ side of the aisle.

The research roughly summarizes our different engagement tendencies as, ‘Whites debate ideas’, while ‘Blacks debate the person’. As it goes, Whites can disagree vehemently and still ‘like’ each other, or at least behave in cloaked manners. Blacks on the other hand, extend disparities in viewpoints into the personal realm, whereby if they do not like your ideas or actions, they visibly do not like you.

The distinction is important, inasmuch as connecting ideas and personalities places the engagement on a more personal level and interjects a level of emotion that is sure to make agreement of purpose and action more difficult. It seems that the exchange between the two men went in this direction.

In the end, when the secretary recounted the story of the contractor to the Texas audience, he was speaking as a government servant regarding the discharge of his duties. It was not a ‘brotherly’ exchange with some colloquial rule set that begs interpretation. The inference and impact of such a disturbing message deserves sharp rebuke, up to and including replacement.