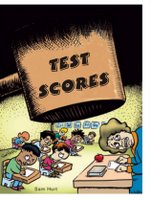 It is disturbingly ironic that the federal government, through No Child Left Behind (NCLB), is in the business of making sure that kids actually learn a minimum of something in school.

There was a time when parents and teachers thought it was their responsibility that their kids learned as much as possible. However, a cardinal rule of motivation was broken, mostly with good intent.

Blacks, who were disadvantaged because Whites were racists, found amends by a reversing of rules of the game. Skin color, which had been used to bar their entry, became the ‘ticket’, and we believed this was fair, until we began to question its efficacy.

Unbeknownst to us, and accompanying this fairness, parents and teachers also decided that they no longer mattered in the education equation. Each backed away from their earlier roles as the highest authority.

However, no one understood that affirmative action could not be forever. Skin color could not become a permanent motivator to who would promote, less it become the twin of the original unfairness.

So now we have state and federal testing to minimally force our motivation back into alignment. But like affirmative action, it should only be a start, as what we really require are engaged parents and teachers who take back the responsibility for how much, not how little, students must learn to become contributing adults.