Looking At Disparities Through The Lens of Race 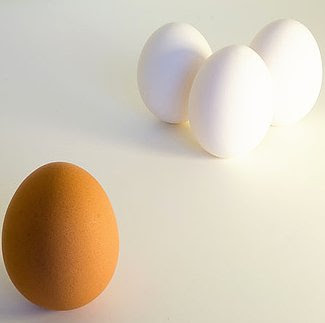 How properly could someone assess your life by taking a glance at the clothes in your closet? Can these garments tell the significant events of your life? Do they say when you got married, had a baby, graduated from college, got promoted in your job, retired, had surgery, or became a grandparent? The answer is no. Clothes, shoes, and hats are impermanent and tell us little. From a biological perspective, our skin and its coloration suffers the same fate. It comes in many varieties, but tells us almost nothing about our underlying differences.

Not a week goes by that I do not read an argument by an often-professed race-realist presenting that the intelligence-related disparities we witness between Blacks, Whites, Asians, Latinos, et al, must be genetic in origin, via ethnicity, since intelligence is more than 50% heritable (percentage of expression of traits directly from genes). In these arguments, the inference of empirical results always trumps the lack of supporting physiological evidence. The discussion typically focuses on IQ, standard test scores, school grades, graduation, and finally, on general behavior.

We all live each day looking through the race lens, but no one is more fanatical than the race-realist. Ardent realists, dedicated students of disparity, ignore the most obvious challenges to their argument that ‘race drives differences’. They ignore that skin coloration is impermanent and by far the most genetically labile organ of the human body, meaning it quickly changes based on the environment, and absent mutation. They ignore the skin’s profound sensitivity and responsiveness to sunlight intensity, and how quickly it must lighten or darken to protect healthy reproduction. They also ignore that skin coloration is of no value in determining phylogenetic relationships (evolutionary history of an organism group) among modern human groups.

The infinitely complex brain, in the alternative, is perhaps the least labile of our organs and has evolved universally, including at least one 'leap', in homo sapiens over tens of thousands of years, and millions of years over the span of humanity (genus homo). I have yet to hear an objective argument from realists reconciling these two physiological extremes, brain versus skin, in human evolution. Minus any such reconciliation, it is scientifically unforgivable to conclude much of anything about brain genetics and race-based outcomes, as viewed through today’s ‘extremely near-sided’ lens of skin coloration.

Researchers continuously look for evidence of inter and intra-group changes in our brains. Mutations have certainly occurred, and on rare occasion have ‘stuck’ (become positively selected). In the case of Ashkenazi Jews and sphingolipid disorders, we know precisely what constitutes evidence of a physiological change that might show itself in intelligence disparity. But in no case has science proved more than a normal distribution of intelligence across the species covering the most recent 50,000 years of brain evolution and travel about the globe. Trying to deduce today’s accumulation of disparate test results through the constantly changing and impermanent lens of race is as futile as searching in a clothes closet.

Various ethnicities certainly reflect different measured intelligence, but the genetic variation/distribution driving these differences occurred, by virtue of a basic time-line analysis, most substantially while waves of advancing dark-skinned homo sapiens were migrating from Africa. Skin color, as we see it today, is an extremely limited analytical tool for looking into the past, or explaining the present.

Jim, there's plenty of physiological evidence, such as brain size, though admittedly our understanding of brain architecture and how it affects intelligence is young. Take a look at some of the papers, here, for example.

God, don't you ever get tired of trying to justify White supremacy?

Thanks Dennis. In comment, I take no issue with research that seeks correlates to intelligence, brain size being a good candidate. However, I reject the common HBD/realist assertion that larger brains reflect the influence of 'white or Asian genes'. It makes sense that earliest larger-brained Africans would have been more capable explorers in both/all evolutionary scenarios.

For someone who has experienced the "bad ole days" why are you surprised that some see others as inferior? Whatever metric being used is irrelevant, have you not seen this before?

What ever "facts" you cite to make your point, they'll cite "facts" to back up their point. This is pointless, group stratification (no matter how groups are defined) is unavoidable since people are allowed to make their own choices. Observing this stratification and coming up with a construct to explain it is a worthwhile exercise?

So what construct would a "race realist" use?? I wonder what? Shocking they would use metrics that just happen to "explain" why the world looks like it does (disproportionate amount of Asians in college and disproportionate amount of blacks in prison, for US example). And this is science. There is nothing new here, it is the same theme that has been in play for last 3000+ years to justify what ever one group wants to do with or to another.

"However, I reject the common HBD/realist assertion that larger brains reflect the influence of 'white or Asian genes'. It makes sense that earliest larger-brained Africans would have been more capable explorers in both/all evolutionary scenarios."

Even assuming this is true, those "larger-brained Africans" are now called whites and asians. I've seen you play this semantic game before, and I guess I sort of understand. If it makes you feel better to think that whites and Asians are just "the smartest Africans", it doesn't bother me.

By the way, you should know better than to conflate race and "skin color". Obama's skin is lighter than mine, and yet it's obvious to everyone that he has recent "black" ancestry and I do not. Nobody actually judges race solely or even mostly by skin color, that's just a useful meme thrown around by anti-intellectuals who want to pretend that race doesn't exist. I expect better from you.

Anon 1:28, it is far from semantics to place the influence for high-order intelligence distribution inside Africa, rather than Europe or Asia. I neither ignore current measured intelligence disparities, or subscribe to unproven influence of 'whiteness' - the intersecting crux of realist argument. My horse in the race is merely objective explanation. Africa has labored under 50,000 years of brain-drain and the drivers are non-trivial, malaria, hostile geography, limited resources. Challenge the science of my post, brains and skin evolution, if you might, and look up the definition semantics while you are at it.

"I neither ignore current measured intelligence disparities, or subscribe to unproven influence of 'whiteness' - the intersecting crux of realist argument"

I'm confused by this. I'm not up to date on my Stormfront, but I have no idea what you're talking about with respect to 'whiteness'. It doesn't matter whether white people evolved from Africans, dolphins, or Martians, the point is that the races are different today, at least according to the "realists" I'm aware of.

Anon 1:56, the point of most race-realist, along with your Stormfront brethren, is not just difference, but rather genotype to phenotype influence we see today. They badly want to believe that monolithic 'Whites' (via skin-color) were blessed with some genetic advantage only available in Eurasia. Perhaps you want to believe this as well, but have yet to find a defensible argument. You say, "Nobody actually judges race solely or even mostly by skin color,..." ???

"the point of most race-realist, along with your Stormfront brethren, is not just difference, but rather genotype to phenotype influence we see today. They badly want to believe that monolithic 'Whites' (via skin-color) were blessed with some genetic advantage only available in Eurasia."

If you say so. I've never seen anyone claim this.

the so-called race-realist only shows how one depends on being "in the white club" to foster a sense of self-esteem and give meaning to their existence...it's funny, all that "white intellectual brillance" can't stop that oil leak fouling our ocean waters...

Skin color has NOTHING to do with intelligence..Thats Darwinism. The problem was that many people in higher learning believed it. One problem ive seen even as a kid (im in my 50's) is that we didn't let our sons who were black explore their surroundings. We were also too much into urban life and weren't comfortable anywhere else. What I see now is many white women who don't have the kids father with them are having the same problem. The 'white skin' privelige wont hold up much longer when the American citizens who were foreign born are outdoing them and many whites would choose them over American hicks with neck tattoos. Indians and Asians who are ameican citizens will outdo us

I expected better from you. The scientific results are unpleasant to hear, but that doesn't make them untrue.

Race is genetic, and it has nothing to do with skin colour. Some races are stronger, smarter or shier than other races, because of genetics. Those different genes were favoured in different places because genes evolve by natural selection to optimise survival (and passing on) of those genes based on local conditions. Cold winters require more intelligence and planning and also coincidentally require whiter skin.

There's enough variance that the smartest African Americans can outsmart the average Ashkenazi Jews, but that's the exception rather than the norm.

I suspect you are taking average genetic race differences personally, which you shouldn't do. You are not average, and once you do an IQ test yourself, the average IQ of your race is irrelevant.