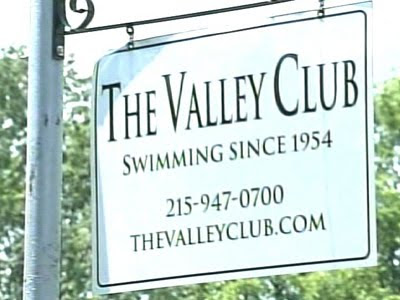 The Pennsylvania Human Relation Commission has issued a finding of a reasonable probability of discrimination based on race, including a penalty not to exceed $50,000. This is follow-up to the private Philly-area swim club that contracted this past summer with an urban day care center (Creative Steps Day Camp) for access, but who then broke said contract, when the predominantly minority (black) kids showed up to swim.

Hmmm...Let's see. The swim director of the club stated to the TV media that the visiting kids changed the 'complexion' of the (all-white) club , with presumably a negative impact. (complexion? no shi_t Sherlock!) (story here) One member, who is a Philly public school teacher was reported to say, 'what are all these black kids doing here?'. Ouch!

No one made this club contract with outsiders, they did this of their own free capitalistic will. Until then, discretion says they were free to segregate all they want. However, they are not free to discriminate in enforcing or dishonoring legally binding contracts for public access. This is not discretion, but rather the law.

I just hope the day care center puts any monies they get into a scholarship trust fund for the actual kids who felt the sting of member-words that day. Then, perhaps, some lasting good will have come out of this mess.

GOOD! I WAS WONDERING WHAT HAPPENED TO THIS CASE!

They should just give the club to the complexion challenged kids! What a bunch of morons.

No. The word around here in Philly is that the visiting kids, black and white, acted like the worst sort of street trash, fighting and f-bombing and profanely defying all efforts to get them to behave. Before they started doing that, no one objected to them.

Frankly, I'm not surprised. There is so much trashy, disrespectful street culture here in Philly being displayed by people of all races, and people keep leaving because the city government and police aren't responsive enough for a neighborhood to save itself. We're actually less together than we would be separately, and that's sad.