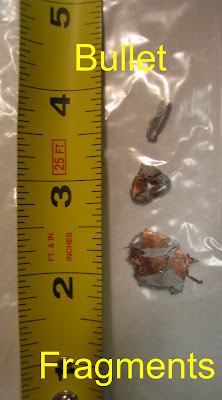 Contrary to what some believe, I don’t see race in every issue. Sex, maybe, race, no. Race issues (like everything else) are often about sex, but I’ll save that for another post.

Back on topic - when a bullet came flying into my living space last week, fired by a young woman, there was no issue of race, except that she was not a young black male, the statistical odds-on favorite for such activity here in Oakland. The three responding police officers, Asian, White, and Latino, arrived, albeit delayed, and were professional all the way around, including the arrest of shooter. No race issue here. The OPD called the following day to say they wanted to send a technician by to look at the evidence, but this has yet to happen. It seems that the technicians are a pretty busy OP department. Still, no race issue.

Continuing on - one of my neighbors sent me an e-mail saying that the shooter had been charged with aggravated assault (negligent discharge of a firearm), which carries, even as a misdemeanor here in California, a minimum six-month jail sentence. So I’m thinking, wow, these people are serious – go Oakland. Fair is fair, still no issue.

So where’s the race issue, dude? Well, yesterday I got another call from the OPD, but this time they are saying that the D.A. is asking if I want to press charges against the shooter. What? Since when do I have to press charges to get people to do their jobs protecting the public? The caller said the D.A. would pursue at my request, and that I should bring the collected bullet fragments to court, once they got back to me with a date.

Now just for fun, I replayed the officer’s request to a friend (non-black) who lives in Oakland, and the first thing she said was, “I bet the D.A. wouldn’t be asking you that question if the shooter was black”. Yes world, we have a confirmed sighting of a race issue in Oakland. Let’s see, witnesses (5), bullet hole, smoking gun, spent bullet, but still a questionable prosecution, why? Two words – white female.

Now, it is only her fault that she is likely to go to jail – the law is the law and her actions risked GBI (great bodily injury). I’m betting that the D.A. would like to bend the charge to simple assault (minimum probation), but for that he needs to know that the victim, me, is not going to kick-up a shit storm. Don’t count on it. They don’t know how well I kick. For starters, I smell a class-action suit on behalf of all the black, Latino, and other non-white CPC 245’s prosecuted, convicted, and sentenced to the full extent, while this D.A. is looking for a reason to let Snow White off with a wrist-slap. I’m not playing – this B.S. is not funny, and on this, as the owner of the bullet hole, I have some standing, whether certain people like it or not.

Wild tale, James. I look forward to the next installment.

I see everything in all issues including reality..Being colorblind is a backward state of being and it is of course a human blindspot...

"What? Since when do I have to press charges to get people to do their jobs protecting the public?"

About 20 years ago, in Los Angeles, I (young white guy) was riding a motorcycle when a man (older white guy) tried to run me over and kill me. Cutting out the next 20 minutes in which he several times tried to run me down until he was caught by a (nice diverse) group of people, it turned out he was probably crazy and he complained about the lights and the airplanes following him.

Anyway, I was asked if I wanted to press charges.

(I said yes, I took offense at people trying to run me down, even if they were either crazy or had a good reason.)

Anyway, it may not be a black / white thing, but I honestly have no idea.

Since you're his neighbor, ask the cops WWAGJBD? His Jesuit days behind him, I'm guessing press charges.

I have a question - why do you still have the bullet fragments? They should have been collected at the time of the shooting or by the evidence technicians (that never showed up). That would be a chain of custody issue to me - not a big deal if the shooter takes a plea.

Just wondering aloud - if the gun was taken as evidence, why not take the fragements too?

Michael in LA, the officer this morning stated that the key evidence was the hole in the wall, which was photo'd at the time. My guess is that the bullet fragments are of less value, unless some ER doc dug them out of my carcass.

"Now just for fun, I replayed the officer’s request to a friend (non-black) who lives in Oakland, and the first thing she said was, “I bet the D.A. wouldn’t be asking you that question if the shooter was black”. Yes world, we have a confirmed sighting of a race issue in Oakland."

Your friend is a woman. Is she a liberal? It just sounds like such a canned statement, one that would be flipped out by white liberals because it sounds good. The fact is, we don't know what they would or would not be asking if the shooter was black. I honestly don't know ... maybe it is a question of prior arrests or problems, perhaps "Suzie" had none.

Nevertheless, I would press charges, I think anyone who didn't isn't taking their rights and responsibilities seriously. This person's moronic careless actions could have killed someone. Maybe one of your kids ... she needs a severe butt-kicking and wake-up call.

I have read in multiple sources that blacks actually get prosecuted far less for the "petty crimes" they commit since such "petty crimes" are far more prevalent in their communities. Sorry I can't back up the foregoing assertion with statistics.

This may simply be a matter of economics. There wasn't an injury, and the police and D.A. probably have their hands quite full enough with cases they must pursue without adding cases there's no push to pursue. So they were asking if you were going to push it, criminally (as opposed to civilly, which they're not involved with). On a time-management basis, that's a reasonable approach.