Do blacks and Asians have to behave like white people to succeed? 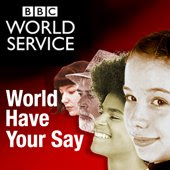 This was the BBC question of the day, on World Have Your Say, a daily program that invited me, hastily, to toss in my two-cents worth. The show focuses on Africa, but this blog caught their attention so they asked me to kick off the show by defining ‘acting white’.

After getting them going, I could tell that this would be more of an opportunity to learn about Africa then for them to learn anything from me. The nuance of the accusation is much more basic to Africans and resident Asians pertaining to dress, speech, and daily behaviors. I mentioned education, and its association, to practically no reaction from the listening audience.

Upon reflection, the main difference in Africa and the US seems not to be that they can errantly accuse each other of this alleged betrayal, but rather that it does not extend to the realm of the pursuit of education. Education is so difficult to come by in Africa, one might suppose, that it has yet to achieve a status where this manner of rejection could appear thinkable, in any form. It appears to be sacrosanct, and not viewed the same as music, or videos, clothes, or cuisine.

The other thing I learned is that Africans suffer, like Americans, from two levels of ignorance when it comes to racism. The first level is straight-forward common sense and shows in responses like ‘all white people are evil’, or ‘all blacks are inferior’. These views pop-up and easily dismissed. The deeper level is an ignorance of science and pre-colonial human history that is challenged only by higher education, again, something in very short supply.

America’s Blacks, with their access to higher-ed., could be helpful in leading the Africans out of their deficit of understanding, by example. But to lead you must know where you want to go, with a willingness to invest to get there.

Technorati Tags: Do blacks and Asians have to behave like white people to succeed?, BBC, World Have Your Say, Colonialism, Culture, Acting White
Posted by James C. Collier at Monday, April 14, 2008

I think you touch on a key part of what is missing between African Americans and Africans. That link to help each other and teach each other. There is so much to offer. But so much distance there as well.

Africa has a rich understanding to share that can't always be linked to education. The odd thing that I found is the more educated people are the more these underlying racism you mention exist.

Again, I learned another thing from you my friend.

This post is bull, how can americans "lead Africans out of their deficit of understanding" whenmost of 'em know nothing about Africa? Africa is a very big and diverse continent, you are generalizing by making statements like "Higher-ed is harder to come by"