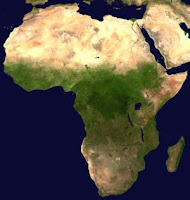 Both my mother and father kept us kids on the straight and narrow with these choice words. “Act like you have some sense”, they would say. My own kids parrot my reprise of this as well, mainly to each other, and sometimes to their friends, when things are getting out of hand. But what happened to this sage instruction, which parents or total strangers could use to reign in youthful knuckle-headed behavior, before it hardened into adult dysfunction?

Furthermore, at what point did acting like you have some sense become acting white – a betrayal of blackness? Something has influenced swaths of black people to give up on not only ‘doing the right thing’, but even caring about the right thing. One side contends that white stubbornness, to maintain dominance, is the culprit. Others say that blacks simply lack the motivation, or orientation, to lead or properly follow in our society.

There are reasons for both of these attitudes. Whites, when they are searching for answers, look at the behavior of blacks rather than themselves, so they miss their inflexibility and selfishness. They see attitudes and behaviors that are counterintuitive and eroding, and wonder why ‘those people’ simply do not straighten-up their acts. Blacks, looking for answers, ignore their own thwarting behavior as it is eclipsed, in their eyes by that of conspiring whites. They miss their own obstinacy and its result.

But what if we take a different approach? Whenever I go to an event, a ballgame, a movie, or a party that is not satisfying me, I leave. Alternately, most people stay and tough it out, especially if they paid for their entry. Whites are simply Africans who walked out of Africa thousands of years ago because it was geographically inhospitable. As they moved north, their skin adapted quickly for health’s sake, to produce more vitamin D in the sun-intensity-starved higher latitudes, but beneath that skin they remained Africans. Other Africans stayed put and toughed it out, becoming the ancestors of today’s African-Americans. This relentless affection for the unknown versus the known is at the heart of the disparities we see today. Whether we like it or not, they extend well-beyond the influence of slavery and colonialism.

So when blacks look at their behaviors and confuse doing what is right with acting white, they might better judge such behavior as that of a sibling or cousin who left home at an early age to see the world, only to return with many new and ‘strange’ ways, most good, some not so good, but in the aggregate diverse and advancing to humanity and worthy of emulation. The same look would aid whites as well.

We are all Africans under the skin.

If you believe in Big Bang Theory, we are all Panageans under this skin. We should all act as if we have some sense. Thanks to your parents and mine, WE do. Thanks to our recognition of this sound advice, we will raise people who see the genius of it, and pass it on. You asked, "At what point did acting like you have some sense become acting white – a betrayal of blackness?" Has it? Are you suggesting that "acting as if you have sense" is ,in you experience, viewed by the black community as "acting white"? If so, I am suprised by that. Surely doing the right thing is the responsibility of all Panageans regardless of our levels of vitamin D production.