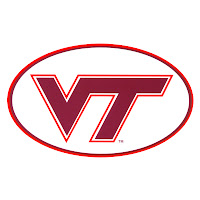 In these days following the Virginia Tech tragedy, I have tried to stay abreast of the event itself and the community discourse that has followed. I had the hope that something illuminating and uplifting would find the tips of my fingers, but I am still waiting.

In the meantime, I just let my mind wander among the thoughts of the dead, including the killer, Cho Seung Hui. I did some research along time ago at Blacksburg and still vaguely remember the campus. My musings keep retuning to the outrageousness of it all, and what it tells us. So far, I don’t think it tells us much of anything.

Although some, including the Asian Journalist Association, would like to argue the point, everything about Cho, including that he is a Korean immigrant is germane to the discussion. Every nook and cranny, and rock this person ever crawled under deserves to be revealed and examined in microscopic detail. We will probably learn nothing, but the lives he took and the injuries he caused demand it.

So why will we learn nothing? Largely because exceptions defy the rules – and Cho was exceptional. Koreans should not worry; his heritage tells us nothing about the intersection of mass killers and the Korean people, or Asians, or immigrants for that matter. I know many Koreans, immigrants and nationals, through school, work and studying tae kwon-do (martial arts), and it was no ‘insane Korean killer’ that did this, but rather just an insane killer who just happened to be Korean.

He could have been black, brown, or white; Christian, Hindu or Muslim. Deranged minds do not discriminate with their host forms. The more important question is how he slipped through the cracks with dorm advisors, counselors, professors, doctors, and authorities. All accounts present this kid as a walking billboard for “1-800 I Need Help!”.

So let’s talk about all the things that could be relevant, including his ethnic background. But let’s do it not to prove any preset agenda about race or immigration, but rather to examine the world we have created for ourselves, where world societies collide and individuals go off the deep end. Making some sense of it will help us to rehabilitate our existence, if only a worthy bit.

Good post, Jim. As you say, race is a consideration here, along with lots of other factors, and to deny ourselves access to potential evidence because the political/cultural climate forbids it would be, well, fitting of modern America, unfortunately.

Well said, Mr. Collier. Unfortunately, most bloggers -- on the left and on the right -- are too busy shoe-horning the facts of this catastrophe into their preset agendas.

I think things would be different if the gunman had been Black. I think then you would be hearing a lot of racist things and once again hip hop would be blamed, the Black community would be blamed, and there would be discussions of opression, racism, and integration. There would be a lot more race related issues reported In my opinion. They would start reporting incidence of crime and violence in Black communities, mental health stats, incarceration stats, and all that. What do you think?

BT: There are many lenses with which to view these events. Race is the default because it is easy in the context of our day-to-day lives. Had the gunman been black, rather than Asian, the conversations would have been different, and related to the challenges of blacks in America, which overshadow other groups. I believe honest discussion about those issues you mention would be helpful. The path of those discussions would certainly start out bumpy, as they are now, but over time I believe they would find the truth.

thankfully, the killer's acts were the exception, rather than the rule. he was an extremely depressed and distraught individual who sought to make a name of himself through infamy. i agree that he was an exception, but i don't feel that it is not up to us to find out WHY.

HOW can we as a society make it so easy for someone to get access to "weapons of mass destruction" - right under our noses - and snub out the life of 32 innocent people in a matter of hours?

i also touch on this subject at plezWorld.

here's a start on the answer of how he slipped through the cracks:

What did he have to do to help and away from innocent people?

I bet everyone feels good about the cops and Administration now!

His own Aunt said he was always troubled.

Southwest VA also has the highest suicide rates in VA.