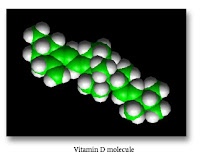 So why are white people white? And let’s skip the ”because God wanted it that way” answer. We know that humankind, of the homo sapient version, started out dark-skinned around the horn of Africa, at least 6,000 years ago. We also know that white skin was not a random mutation, but rather an adaptive genetic response to less available ultra-violet (UV) laced sunlight, as Africans ventured farther north into Eurasia.

But again, why white? Skin-cancer mortality occurs after reproduction, so this influence is negligible. In part, it turns out that as the body’s essential vitamin D production decreased, from less sunlight as we moved north, a host of health problems followed, ultimately including reproductive interruption. Light-skin absorbs more sunlight, thereby inducing the production of vitamin D in reduced light and reversing the loss. Overtime, and for this reason, melanin levels in people’s skin closely matches the latitude of their ancestors.

Researchers are beginning to match-up our current health data against the adaptive responses that have occurred over time, with some rather startling revelations. This matching is necessary, given the abrupt movement of dark-skinned people to higher latitudes, as occurred during the Atlantic slave trade. It turns out that a disproportion of the disparities we see in health between blacks and whites is the logical outcome of this abrupt movement.

Vitamin D’s influence on our bodies is far greater than science has previously understood. The occurrence of many cancers seems to correlate directly to sun exposure and Vitamin D levels, as D is believed to regulate cell growth. Breast, colon, and prostate cancer prevalent in blacks, as well as autoimmune, diabetes and heart disease, correlate to vitamin D deficiencies, and also show up in whites in the higher latitudes, such as Scandinavia, as we would expect.

Researchers at the Centers for Disease Control and Prevention (CDC) report that 42 percent of African American women of childbearing age are Vitamin D deficient. In places like Boston and Seattle in the winter, D production drops to zero for whites, and the same for blacks living even farther south than places like San Francisco, Denver, Philadelphia, and Columbus.

Currently the FDA recommends that people (presumably white) under the age of 50, get 200 IUs a day; 51- to 60- year-olds take 400 IUs; and over 70 get 600 IUs. These numbers are likely to be revised significantly higher, and even higher still for dark-skinned people. What is clear is that everyone, especially blacks, should, at the least, be taking the daily requirement for the protection of this essential and affordable vitamin.

Vitamin D, take it to live!

Probably everyone regardless of color should be taking much more than 600 IUs.

Great site. Thanks. You are right, people should be taking more, but I am not a doctor. I hope after becoming informed, people choose levels they feel are more appropriate.

I am interested in the problems that are caused for the United States because of Jewish money, power and influence in our government, our culture, our media and our entertainment industry.

I am interested in how the United States should respond to the fact that the United Nations has perdicted that by 2050 we will be overwhelmed with immigrants from Africa, Asia and the middle east in the biggest migration of humans in all of history.

What does this mean for white people. The people of backward countries have many children and they will be coming to our country. We see the problems caused in France by immigrants from Africa. We know that the British are leaving Great Britian because of immigrants and even the Pope is concerned that Europe will become Islamic.

I am glad that you have this blog because if you can put forward arguments that are based upon helping blacks then others can have arguments about what needs to be done to protect themselves which in my case means white people.

I have believed for a long time that all politics is about race but it only become racism when white people do it.

TST: You are confusing my advocacy of advancing behavior with your desire to subordinate people you don't like, woven into your anti-immigration message. Your words are indeed anti-Semitic and racist, and do more harm than good in protecting the country from bad border policy.

You say you are attempting to "advance behavior" but how do you get people to take responsibility by placing the blame for their behavior upon others. You state that slave owners and the United States are to blame for black behavior.

Since you are scapegoating white people then is that not racism. If blacks cannot overcome obstacles then that is a reflection upon them. Blacks excel in entertainment and sports. Therefore they have to look to themselves for explanations as to why they don't excel in other areas.

I don't think white Americans have anything to apoligize about regarding immigration. The USA has more immigrants than any other nation on Earth. We have every right to complain about illegal aliens. Isn't it racist for them to think that I must take care of them and be responsible for them.

As I understand it you cannot debate by making pronouncements such as "you are indeed anti-semitic". You must take my words and refute my arguments and demonstrate in that way that I am an anti-semite.

You must explain how political opposition is appropriate and is the American way in every instance except when a citizen opposes Jews and Zionists and then it becomes racist.

Doesn't calling others anti-semitic silence all opposition to Jews and Israel. Doesn't that take power away from all non-Jews.

If you wish for blacks to "advance behavior" why would I want to go backward by giving up my right to free speech and treat jews like first class citizens while behaving like a second class citizen myself. My free speech is not conditioned upon Jewish approval and I shouldn't have to be silent because I fear being slandered as an anti-semite.

Must I appeal to Jews in the same manner that you appeal to non-blacks to change their behavior.

Or should I advocate for political change that advances the general welfare as opposed to the interests of those who are interested only in their own welfare. Which is racist.