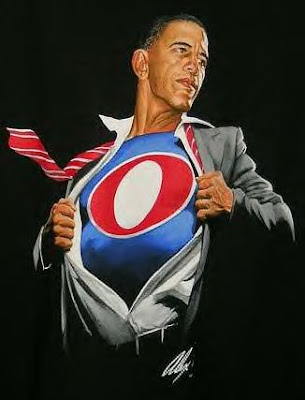 I'm sure readers will recall my recent rail (here) against the president for tearing down the Constitution, via the National Defense Authorization Act (NDAA), on Christmas Eve of 2011. Obama insisted that the NDAA give his office the power to indefinitely detain US citizens for alleged acts deemed terrorist and occurring on US soil - in direct violation of the first, fifth, and sixth constitutional amendments. (here)

As of February 28, 2012, the White House now says, "Section 1022 does not apply to US citizens, and the President has decided to waive its application to lawful permanent residents arrested in the U.S." Problem here is that this waiving and promising applies, not to indefinite detainment law, but rather WHO is doing the the detaining - the military or civilian authorities. Frankly, that ain't the part that should worry us.

So, why go through this bit of seemingly meaningful-less political slight-of-hand? Obama is simply attempting to camouflaged the election bulls-eye, in the NDAA, that he placed on his own backside, uncertain whether Romney is competent to understand and challenge him on it (probably not). Also, the Executive Branch fears the military as much as it also needs them to stand ready in times of unrest, so this posturing is inevitable.

Of course, NDAA as law is still on books and ready for enforcement in full-weight, whenever the President, whoever he/she may be, sees fit. So, thanks but no thanks! Bad law, get rid of it, except if you think the country is headed for anarchy, then maybe it's okay...recall that Europe is still teetering on the financial brink, world debt crisis still looms, China bubble could burst, Afghanistan is killing us, Syria, etc.

If the Occupy Movement et al ever catches any real steam, look for 'rumors' of terrorist-group funding to pop-up, because this is all that is needed to start locking protesters up - indefinitely. And in this case, the White House will be doing some waiving for sure - bye-bye to the First Amendment trouble-makers.

It's tough walking the hero-traitor tightrope, in these challenging times.