Why Are Europeans In Such A Hurry? 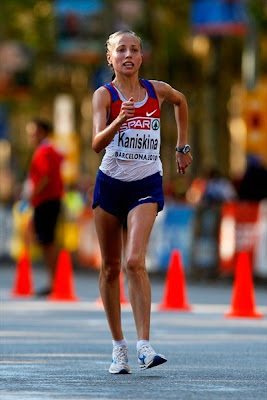 The average work pace of an employed German citizen is faster than anybody else on the planet. Irish people walk faster than everybody else. The Swiss have the most accurately set, and re-set, timepieces, and across all measures they live life at the fastest overall pace. So says the research of Professor Robert Levine, of Cal State Fresno, author of "A Geography of Time" (here).

So why does this matter? Life is not a race, is it? Well, it kind of is. Living at a faster pace is like speeding in your car. Speeding safely requires that the driver look farther down the road, with more accurate anticipation of what lies ahead. So, the skill that makes Lewis Hamilton a champion Formula One driver is his ability to see, think, and react ahead of his 200 mph race car, better than the competition. Speed and great anticipation go hand-in-hand in societies, as well as speed freaks.

Historically, when fast-paced societies meet up with slower ones, the faster folks easily dominate. When all difference is accounted for, the ‘early bird’ does indeed get the worm, the girl, the nice house, the fancy car, the fat paycheck. The speedy get the upper hand and never release their lead, unless the rules of competition are somehow changed. America is slowing down. Mexico is dead last (of those the professor studied) on the speed of living scale, according to Levine’s research observers. African countries and their transplants seem to compete with Central and South Americans for slowness.

Mind you, being fast does not make you better, per Professor Levine (or me), it just makes it easier to master your domain and dominate others. The Swiss, German, or Japanese ideals arguably leave much happiness on the table, while their people speed about their lives. I recall searching a toy store in Frankfurt airport for my son - not a model Porsche in sight. Nevertheless, the influence of pace is uncontestable. The next time you see lateness or earliness in yourself, or others who look similar or different, take a moment to consider how the speed and pace, and horizon, of different cultures plays into who is on top, and who is not.