Ten Ways to Know You Are NOT a Mama’s Boy 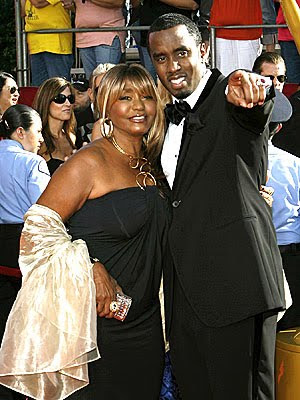 I have been researching matriarchal societies/cultures and the degree to which they result in males with dysfunctional attachments to their mothers, including the havoc this rains on the family. This has me thinking and writing about my own mother, and I figured she might get a chuckle out of some of my thoughts, given her most recent health events.

You are NOT a mama’s boy if…

1. The day you broke your arm playing little league baseball, the ER nurse called your house and your mother’s first words were, “I don't care how much it hurts. Don’t cut that shirt off that boy, it’s brand new!”

2. After you blew out the candles on your 16th birthday cake, your mother exclaimed, “only two more years and you are out of here!”

3. Your mother said these, or similar, motivating words, “you better learn how to do something, or no woman will ever want you." (I assumed this included her too)

4. As a little league football running back, you could count on your mother to sprint the sidelines yelling for you to run faster, because, “they’re catching you!”

5. When you got stitches for a bad cut on your face, your mom comforted you by saying girls like boys with scars, because it means they are tough. (Kind of hard to whine after that little bit of comfort).

6. Your mother was famous for saying, “wait until your father hears about this”, knowing that you would fill in the sobering blanks with, “he is going to whip your behind, good!”

7. Only once did your mom ever bring home a package and tell you to put it in your closet and not open it until she said the ‘coast was clear’.

8. She called you one day in college, out of the blue, and asked you if you were being a ‘nice guy’, and said that if the answer was no, then you better “straighten-up, and go back and apologize, before it’s too late”.

9. Your mom has never ridden shotgun in a car which you were driving, and that also contained your fiancé, or wife.

10. After suffering a mild stroke, she demanded that you stop calling her every day, ‘just to check in’.

Good health to you mom! (I love you)

This was so lovely!! I hope your mom feels better.