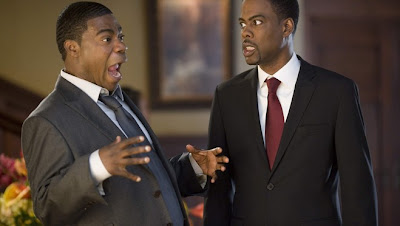 I have been to plenty of White funerals, but Black funerals are in a class of their own. You know something wild is going to happen – but like “Death at a Funeral” (2010), you don’t know what. The question today is why, during the ‘audience tribute’ portion of the service, somebody must always dig up an event about the deceased, or an audience member, that makes everyone squirm and try to hide inside their programs?

When Mr. or Ms. ’Bigmouth’ first approaches the microphone, you can hear knowing people mumble a desperate prayer of, “Oh Lord please…” Others look away hoping to become invisible, just like in school when the teacher wanted someone to lead the pledge of allegiance. Everyone knows that the pastor’s two-minute limit is useless to stop what is coming next.

The story told is usually something like, ‘so-and-so (the deceased) and I were out one Saturday night, you know, sowing some wild oats, when we met these ‘fine’ girls. After the po-lice showed up and they were going to arrest us except blah, blah, blah! Man, I am going to miss so-and-so, and don’t think he didn’t accept Christ as his savior, because I was right there when he did! And y’all know I don’t lie!"

Relief only comes when the last person has spoken. The minister gets things back on track by segueing any notion that the person was ‘saved’ into their passport through the ‘pearly gates’. On the positive side, you always come away knowing the deceased was a real person rather than just the sum of the one-sided good stuff people usually present. Everyone should attend at least one 'real' Black funeral.

Man did you tell the truth about most funerals I have attended.
You would think if at one time in a person life people would say the truth,it's at their homegoing service!
And you can tell the truth without being down and dirty.

Most of the funeral that I attend are the over priced white funeral. Where funeral directors try to soak you feo every last penny funeral caskets