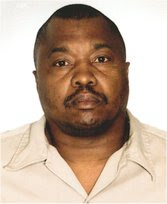 The Los Angeles Police finally caught the two-decade long serial killer known as the “Grim Sleeper” - then the argument started, or maybe not. The alleged killer, Lonnie David Franklin, Jr., was captured when the DNA he left at the scene of many of his eleven victims was matched to a relative whose DNA was on file in a police database. Prior to familial searches, the police looked for exact matches, and Franklin's DNA was not cataloged. With this technique, if you live in Colorado or California, expect authorities to come knocking in the event one of your relatives is suspected of some serious ‘crime-ing’. (Story here)

"This case is the poster child we have been waiting for," declared Harvard geneticist Frederick Bieber, a medical school professor. "We have been waiting for a case like this to hit a home run." So why is this case the poster child? Because it is racism-proof. Franklin, a black man, committed a high-profile crime that does not ring the race bell - black-on-black serial murder. No reverends or NAACP breathing down. Even the ACLU has signed up support.

Of course, some people will still want to jump to (or away) from grand extensions of this approach, namely that genetics and criminal behavior are related, akin to genotype-to-phenotype influence. I say this needs to be studied out in the open, minus all the rhetoric. I recall multiple ‘crime families’ of my youth, low and high-profile, where straying outside of the law seemed to be in the blood. Each family had noted law abiding members who endured suspicion by blood association, and they knew who to blame.

As the costs of DNA analysis comes down and the technologies for on-the-spot capture and identification are realized, expect this to become more a part of crime investigation. If we want DNA to free the innocent, we must also let it aid in capturing the guilty, even if they are our family members.

what's new about the sins/influence of the father being passed on to the son?...it's been goin' on since man has walked the earth...

@ronnie brown has it right. nothing new here... it's just learning from the environment that you grow up in.

I think both of you dudes read too fast. Back up and ask yourself where you might stand if a crime gene set-up were discovered. Neveryoumind environment.

Anon 7:45, a bit of foam around the mouth, eh? What has your point to do with familial DNA searching?