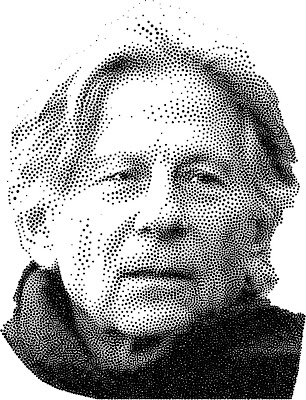 So what the heck happened I wonder? Child-rapist Polanski gets ensnared by the Swiss, only to get away. This sounds like a case where the outcome has little or no resemblance to what kicked it off. Yes, the Swiss were ready to hand Polanski over, but on condition that the US show that he was not double-crossed by the judge in the rape case, as Polanski claimed. Unfortunately, it looks like he was indeed double-crossed – at least in the Swiss view.

I tend to believe the Swissies on this one, since they are in the position of looking sleazier by every neutral-minute that this extradition thing hangs on. It looks like Polanski’s original US prosecuting district attorney and judge cut him a sweet deal on the rape charge - 90 days of evaluation in prison - without understanding that the evaluator could cut Polanski loose early, at his/her discretion. Once Polanski was free in less than 90, the judge recalled and reformed the deal – and Polanski skipped.

The real question is why Polanski got such a deal on the rape, in the first place? The Swiss probably feel no compulsion to aid the US in fixing their prosecutorial screw-up in going after Polanski. This is separate from feeling the need to seriously act on the extradition request. Again, I think Polanski showed up on the Justice Dept. radar because he has assets in USB, a Swiss bank on the recent hot seat for helping rich US citizens hide large sums of money from the government. (See earlier post here).

Anyway, AG Holder and crew didn’t do their homework and tried to bluff the Swissies, who it seems told them to kiss-off. The bluff focused on the US not sending a key piece of confidential testimony from the prosecuting DA in the case – information that I would suspect backed up the double-cross claim.

Sure, I wish Polanski was going to jail for drugging and raping a 13 year old, but he plead it out based on a deal offered, and the judge should have lived up to it – which he did not. So Polanski goes free. He still knows he’s scum and that his freedom is subject to the winds off Lake Geneva, or wherever. If he was unaware, Polanski now knows, as does history, of the elusive price tag hiding under the base of Swiss neutrality.

I guess he slipped it the way E. Holder let those new black panthers slip prosecution for voter intimidation even though they were caught on film at the polling place in PA. holding nightsticks and making comments to white voters. Oh yeah, they too are the same guys that "hate every iota of a cracker" and who has "got to kill some crackers" and "kill dey white babies".
Oh yeah, same guys gave Bin Laden a round of applause at a 2002 meeting.

Heck if THEY can get a break like that it's no wonder Polanski gets one.

Sorry dude, can't blame the Panther slip on Obama/Holder - happened on Bush's watch (11 days before Obama took office the case was downgraded to a civil charge). Anybody have more details?

"Sorry dude, can't blame the Panther slip on Obama/Holder - happened on Bush's watch (11 days before Obama took office the case was downgraded to a civil charge). Anybody have more details?"

Yeah, they downgraded it to a civil charge but then it was Holder's DoJ that dropped the case - AFTER they had been awarded a default judgment. Of course they might well have done the same thing under Bush. According to the recent whistleblower, the civil rights division has been hijacked by anti-white career lawyers. I believe he used the expression "payback time".

To clarify my comment at 10:07, I meant that he (J Christian Adams) claims that his colleagues in the civil rights division used the phrase "payback time".

Did you see Holder himself saying he would not prosecute because there was not enough evidence?
I did.

If he did not have the authority or if the fact that it was a civil charge then why would he even have a say in whether there would be a prosecution or not??

Apparently he had something to do with it or he wouldn't have been on TV saying there was not enough evidence for prosecution.

I'm ashamed of you, using the same old blame Bush rhetoric a year and a half out....

Anon 1:34, untie your nickers and your shame. There's no way in hell any reconstituted Panther, or any other intimidating faction, should be allowed near a polling place. I simply stated a timing fact. I put out the call for details, w/o a horse in the race, except that it is clear that current team blew it on the Polanski deal. Save us all that emotional brain damage.

Details you got from the other poster and from the fact that Holder was on tv saying HE would not prosecute for lack of evidence.

Details you got from the Washington Times article.

Might be too late to save you I hate to say if you want to ignore the details you get when you ask for them.

Holder? the Swiss? Yeah, about the same types.

Anon, I learned (long before Obama) that prosecution, especially at the Fed level is political, usually when states don't do their jobs, and sometimes when they do. Outrage may be justified, but drowned out by partisan behavior in the oppositie. On the ground (in Philly), those panthers were laughable (except to the pundits), but for my $ they still should have gone to jail on principle.