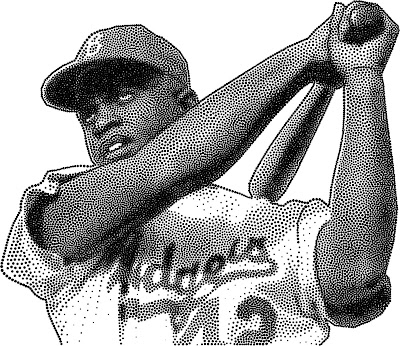 April 15 is Jackie Robinson Day in major-league baseball, honoring this courageous and consummate competitor. Everybody wears his number and much is celebrated about this man who broke professional baseball’s color barrier, in 1947. But what most people don’t know is that Robinson was nearly court-martialed, in 1944, as a second lieutenant in the Army, for refusing to sit at the back of a military bus. This was eleven years prior to Rosa Parks.

After a standout college career at Pasadena and UCLA, Robinson was drafted in 1942 into a segregated Army for WWII. His set of events certainly helped set the stage for the Army to begin desegregating by 1948. He was stationed at Camp Hood, TX, at the time, and was near the front of the line of the beginning realization that segregation was not viable for the country’s long-term growth, prosperity, and safety.

The quiet lesson of Jackie Robinson is not the astute way he handled being the first Black in baseball, with all its humiliation in the public eye, but rather what courage he showed in his earlier years as a young man, when he simply stood up for what was right, regardless of the consequences. By the time the Dodgers signed him in ’47, the man had nearly ten years of sticking his neck out for Black progress. For the full story, go here.