The Cost of Sounding Black 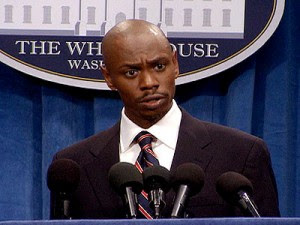 My kids drive me crazy with their grammar (some of it probably on purpose). I feel like they were never too young, or now too old, to learn the correct way to speak. This is what parents are supposed to do, or so I was taught. It’s not ‘me and so-and-so’, but rather it’s ‘so-and-so and I’. Instead of ‘where you at?’ it’s ‘where are you?’ And kids pick up bad speech like colds. I am not above dryly asking my son if he plans on working at McDonald’s after high school, grammatically speaking. So, I was intrigued to see some research on the actual cost of sounding identifiably ‘Black’.

My backdrop for this post is the Urban League’s (UL) consistent yearly lament that the average Black person earns approx. $.73 for every White $1 pocketed - due to employer racism. To hear them tell it, racism makes Black kids and their parents forfeit the benefits of reading, writing, and arithmetic, stem to stern, dropping out at the 55% level. And business owners, presumably White, should promise to make up the gap by hiring and paying these poorly prepared youngsters, anyway. I don’t think it works this way! But hey, let’s not let UL logic cloud the discussion too early.

Let’s jump right to the analytical punch line. University of Chicago Professor Jeffrey Groggers reports (here) that, “Even after controlling for measures of skill and family background, black speakers whose voices were distinctly identified as black, by anonymous listeners, earn about 12 percent less than whites with similar observable skills. Indistinctly identified blacks earn essentially the same as comparable whites.” But, unlike the Urban League, the professor prefaces his bomb, “Among blacks, speech patterns are highly correlated with measures of skill such as schooling and AFQT [Armed Forces Qualification Test] scores. They are also highly correlated with the wages of young workers.” Shazzam!

You mean it is common knowledge that if a person sounds ignorant they are more likely to actually BE ignorant? Also, and to the point, if you are more intelligent than you sound in the interview, you will leave cash on the bargaining table (if you get the job at all)? Keep going! And nobody cares about how bad you had it? And even with racism, you have to go to school and learn something in order to get a decent job? Hey, somebody lied.

Now the Urban League does not think it lies by conveniently labeling the wage gap as evidence of employer racism. Racism certainly does exist. But, by doing so, and ignoring important details, they put the plight of the Black kid into the hands of toothless social programs that hand out withering bonus points at the end of the school day, to the lucky few.

Dear Professor: With all due respect, the cost of sounding 'Black', as you represent it, is the cost of having fewer skills, and is really the cost of marginalized lives, and it’s much higher than 12%, as I see it.

Wait...sounding black and sounding ignorant are the same thing? By the way, what percentage of "employer racism" would you say STILL exists? 5%? 10%? None at all?

Nuvo: Considering the aspects of Black speech that correlate to skill development and test scores, sounding Black and increased probability of ignorance (skills deficit) follow, per the research findings. I'd say employer racism varies, but more to the point, it can rest dormant or hide easily within overwhelming skills disparity.

It would be interesting to repeat this using voices that sounded white but with strong regional accents and or poor grammar.
A brain surgeon who talked like Pauly D on Jersey Shore would not have my full confidence

If only Senator Harry Reid had prefaced his remarks with "according to an Urban league study" Obama would be a succcessful black candidate since he (Obama) speaks with "no Negro dialect..."

I have spent the last 16 years of my working life being punished for having a regular old midwestern accent. People most often think I'm white before they actually see me in person. Pittsburgh is a provincial-minded "beer town" where blacks are not expected to conform to stereotypes. Acting otherwise makes you uppity. Even though I have outperformed white co-workers (...And I mean, top producer, top quality) in every job, I have the evil eye on me, managers constantly stirring the pot trying to undermine and put me in my place. I even once had a white co-worker warn me that she had heard about plans to transfer me to another team for the express purpose of "putting me in my place" - The warning was true.

One mark of cognitive capacity - intellect is to be able to regard multiple contrasting or (intuitively) opposing conditions as being true concurrently. Meaning: Racism can be a strong operating factor and condition at the same time that a language deficit exists in the targets of the racism. Just because there is this deficit (which is a legacy of slavery and Education exclusion with its attendant damage) does not mean that racism is not a factor in disparate hiring, retention, or promotion.

I'm really excited that I found your site (it's fascinating) and look forward to reading your book. I'm a PhD student of Linguistics and will (probably) be doing one of my qualifying papers on Black English. Although I agree with you on the non-standard grammar problem that many blacks exhibit, blacks who have standard grammar, but "non-standard" (i.e., black) phonology often face discrimination because it is their voice quality, intonation, prosody, phonetic variants, etc. which still enables them to be racially identified and stigmatized.

Personal note: When I came to Pittsburgh in the fall of 1983, I stayed with friends for months while calling in response to ads for apartments. My vocabulary and diction are both are quite standard, if not downright academic. But apparently my tonality sunk me: years later, I learned that one of the rental companies I called most often had been cited for discriminating against Blacks, based on their telephone voices.