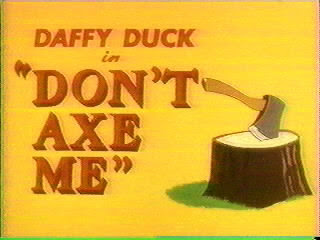 The only thing worse than being ignorant about others, is being ignorant about self. In California, most Blacks come from families that migrated directly from the mid-southern US; Texas, Oklahoma, Arkansas, and Louisiana. So one does not have to go far to hear a Black person substitute ‘axe’ for ‘ask’. As a native Coloradan, and without much forethought, I just assumed that these ‘axing’ folks lacked phonetic sophistication. Of course, I was wrong. Mea Culpa.

How usage passes for ‘good’ English is based on what part of the country we are talking about. Everyone has an accent and many of us speak in English dialects, particular to specific geographical regions. Accents are defined as a unique ways of pronouncing the same words, while dialects are regional accents plus unique grammar and/or unique words. So it should surprise no one that any American, including Blacks, who as a group were forced to ‘home-grow’ their English, might have leftover speech attributes that may be different.

So why does the word ‘ask’, and the way it comes out of Black mouths, get so much attention? The knee-jerk answer for this is White racism. Singling out Blacks who say ‘axe’ is just another way of putting people down for not educating themselves to a higher standard of English. But hold on a second, there may also be another, more benign, reason. Axing/Asking someone is a phonetic double entendre (same sound, different meanings) that conjures up a visual of a person hacking another to death with an axe, ala’ the infamous Lizzy Borden, who was alleged to have killed her parents by axe in 1892, in Massachusetts.

So the next time you hear a Black person say ‘axe’ in place of ask, and it strikes someone's funny-bone, take a second to educate them on accents, dialects, double-entendre’s, and Lizzy Borden. But also know that the influence of their rude interest may not be a case of slam-dunk racism, but rather just simple regional ignorance egged-on by a whacky visual. And one last thing, White southerners say axe, I'm told, for all the same reasons.

James, just had to succumb to temptation. Two other well known southern dialect pronouncements are as follows:
OIL pronounced as ALL (as in putting oil in the car).
LYING pronounced LION (as in he's lying down resting.)
I know that there are many more,
hit's mos' dat way...

yea but ur point is mute. 'Axe' cant be considered an entendre(thanx brutha for educating me on dat word) or dialect. I think it is overall lack of re-education. Many went to skool (at least elementary) where they teach u "proper" Kings English and 'ask' and axe is simply to me a lack of thought process exacerbated by ignorance; ppl in close proximity a la "the hood" say it all the time like the word "nigga" so it is commonplace.

I think you are over trivializing. It isn't just the word AXE, it is that black idiom barely passes for recognizable English.

Small fresh example, guy gets beat by old man defending himself. Black girls say...he leakin...meaning he is injured and bleeding. Individual bleeding says, nah, nah, call de amber lamps. What? You heard me call de amber lamps...ok so someone get him a lamp that is colored amber.

Anon 12:04, you make a good point. Dude definitely needed more than an amber-colored lamp. Leakin' is also an unfamiliar dialect to me.

It's worth noting that axe/ask has been around in England for at least 800 years. It figures in Middle English, where you see Chaucer use ascean and acsean interchangeably.

I think that may also be the origin of its usage in BE, via survival of this pair in dialectical English in the US South.

I have an odd hybrid accent. My father is Irish and my mother, a white American. Coupling that with how my mouth is structured, I have difficulty pronouncing some words, like "rural", with any degree of intelligibility.

If I exaggerate either half of the accent, I find that pronunciation is easier. However, I have to consciously "take over" my accent in order to do so. I've heard blacks do this too, when I've not been able to understand what they have said (my hearing is poor, too).

I think that undermining people for their accents is completely ignorant. In my eyes if a person knows how to use the word correctly in a sentence and accurately spell it that does not mean that the person is ignorant because of their southern foreign accent due to where they were raised. It is not only African Americans that have this issue when it comes to pronouncing words there are plenty people of Spanish decent and white decent as well like Albanians Italians and other races. For this article being based on how Blacks use AXE instead of the word ASK it makes me question how is pronouncing this word considered to be an insult to the English language. We are not all made the same and do not use every word the same as the next person. I wish there was a blog for people that spoke before they thought.

When someone says axed or axe when it should be asked or ask drives me crazy! No matter what color your skin is or from what part of the country your from! Guess its because im from the South & my whole life have caught hell! Even my own family which most of my family's YANKEE & they have always gave my immediate family hell about how we must be stupid cause how we say lag for leg or instead of you all we say yall. Guess thats why axed irks me more than most stuff cause I got some Aunts uncles & cousins that will say axed but when they say axed its supposed to be alright but lag(leg) or agg(egg) or you on to (you want to) when we say or Southern twang we are bunch dumb hillbillies!

Look at the origin of the work 'ask', notice how the s sound is before the k sound. Middle English, from Old English āscian; akin to Old High German eiscōn to ask, Lithuanian ieškoti to seek, Sanskrit icchati he seeks.