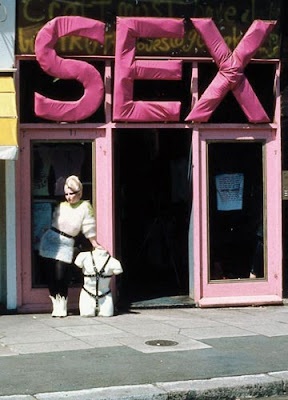 Whether it's Tiger and Elin, or Joe and Suzy Plainbread, the issue of sex, and all that follows is the same. For women, sex is mostly a means to an end. For men, sex is an end unto itself - momentary pleasure. This is evidenced in our memories. Men can barely remember sex five minutes after having it, hence the relentless search. Years later, a woman can tell you every detail, and how each occurrence advanced an objective (love, marriage, children, security, gifts, etc.) Woman will forgo sex if there is no end to justify it, while men pursue it constantly since they can't see beyond it.

As long as men and women remember these governances, they are okay. However, if either forgets, as Tiger did, all hell is going to breaks loose. He did not make this rule, but it applies to him all the same, whether he is the world's number one golfer, or its number one idiot (or both).

With sex, as with other challenges, success demands working together. Men need women to continuously remind men that there is more to life than sex, while providing it nonetheless. Alternately, women need men who are humble about their own genetically baked-in forgetfulness.

Lastly, if you are wondering how you are doing with your mate. Women should ask themselves how often you surprise him with a 'roll-in-the-hay-fest'. Guys should ask themselves the same question, but make it a 'cuddle-fest'. If either of you says never, or not recently, you had better check those cell phone logs because someone else might be taking up the slack in your game. Straight-up asking is OK too, if you understand that everybody lies.

I think you oversimplify the roles of gender with regards to sex.

@Thought, you may be correct, but the instinctive male drive to procreate, via non-monogamous copulation, seems very simple, indeed, overwhelming all ideologies (thinking), and is best countered by camouflaged menstruation and willingness to have sex during pregnancy - both unique human female adaptations.

Oh yeah, I forgot jealous/vengeful behavior (nine-iron style) as, perhaps, the most unique and best counter to male instincts./JC

But these ideologies are also part of a history thats never really looked at the woman as an equal to the man, more generally as a subject, with her wishes being secondary to those of the man. You can look at more recent literature regarding women's independence and in particular sexual freedom and see these gender roles challenged greatly.

I realize though that you may be speaking of women in general and not just this subset of women who choose to express sexual freedom by saying they want to have sex, but it does raise the question of are the women you speak of behaving in the matter you describe out of free will or out of societal pressures?

It's amazing the mental gymnastics that people like Thought will go through to avoid seeing the obvious. Postmodernism makes you so unbelievably stupid.

While you sound educated, you are making unfair assumptions and generalizations. Women see sex as a mean to an end? Men dont remember sex 5 minutes after having it? What are you talking about? It sounds like you've just had poor partners. I do understand why you'd have that perspective, if someone oversimplified sex as much as you do I think I wouldnt have high expectations for it either.