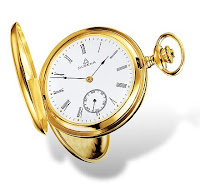 Last week I was a guest on KDHX St. Louis. One of the hosts asked me about a popular blog site, www.stuffwhitepeoplelike.com. I like the site because the blogger talks about white stereotypes with dead-on accuracy, and humor. Now if he was black and talking about blacks, he might need a bodyguard. The truth hurts, and black truth hurts more.

The story of the blog is that real stereotypes are accurate and we should not be so afraid of them. Sure, the format sometimes gets hijacked by fakes with selfish agendas, but this trickery is obvious. Stereotypes help us quickly communicate and act. While we might not want to embrace them publicly for obvious reasons, they give us feedback that we should not ignore.

Let’s consider lateness. On the show, I made a point that black people are accurately stereotyped as late arrivers. This does not mean that other groups are never late, but blacks seem less discriminating about their lateness, and the damage is much greater than the group believes. US society is monochronic, where events happen in linear and dependent fashion. Lateness completely threatens the workings of societies like ours. If we were polychronic, like most developing nations, issues of lateness are easily placed among greater challenges, like limited infrastructure, disease, malnutrition, infant mortality, and such.

The challenge is that most black stereotypes describe trailing behavior, whereby low assimilation of accessible technology precipitates under performance. White stereotypes, at least the ones that get the most airtime, tend to describe leading behaviors, so they digest a little easier even if they are not flattering.

The next time you see/hear a stereotype, look for the grain of truth. If what others complain about in you is the same stuff you say about yourself, in private, don’t shoot the messenger, consider getting a new address.

I didn't read the entire swpl blog. I stopped when it dawned on me that I'm "white."

Now I understand why people appear surprised when I show up on time or early.

Ah stereotypes, can't live with (or without) them, and recall any of them.

As a white person, I enjoy the swpl blog. Not just because I'm allowed to laugh at white people, or that it is exceptionally well written, it's because I really, really enjoy the comments.

Man, some people just DON'T get it! That makes me laugh.

I also believe that not taking our selves so damn seriously and laughing at our faults is definitely a step in the right direction.

The best site I've seen thus far that is similar to SWPL is "Stuff Black People Hate." I don't know anything about the guy that runs the site, but his posts are hilarious.

"Let’s consider lateness. On the show, I made a point that black people are accurately stereotyped as late arrivers."

Oy Veh...I am assuming that you are joking, but in the possibility that you may not be, I have to ask...What research do you predicate your assertion with?

I live in Portugal, and Portuguese people do see themselves as such - late arrivers.


We are individuals after all, BUT cowardice makes US generalice allot to cover some roughness.

DJBA: The beauty of true stereotypes is their empirical backing. Have you not heard or experienced CPT? - which is just the US version of timliness accross Africa. CPT passes the true stereotype test in that outgroup and ingroup observations agree. Years ago, I did research a good book on the subject entitled, "The Geography of Time", by Robert Levine (1997), a professor in psychology at Cal State. He has some interesting comparisons between countries, and also between states (US).

One of the hosts asked me about a popular blog site, www.stuffwhitepeoplelike.com. I like the site because the blogger talks about white stereotypes with dead-on accuracy, and humor.

Really? Are they white stereotypes, or stereotypes about a certain kind of whites? I think the "white person" that site about is actually a liberal, relatively monied, relatively young sort of white person. Many other white people are not covered at all by that site.

I don't like that site, and I dislike it so much that a couple of months ago, I started my own blog in response, Stuff White People Do. I address what I see as common (and often pernicious) white tendencies. Humor is great, but I don't like how white folks need to be spoon-fed any serious commentary about their own racial status, in the guise of humor, usually. "Whiteness" is for most white people (but not for most black people) an invisible system of white skin-favortism. The site you're talking about is extremely popular precisely because it does little to really challenge or even point out or acknowledge that system.

Your site is a full course meal for white liberals with a heavy-duty case of the guilts. I don't deny you. You speak to a segment that has had a tremendous positive and inadvertent negative impact on the country.

But just as blacks need to toss off the bad, while holding on to the good, so do whites. But first you must be able to see it. And if spoon feeding gets the job done, then put the hammer down and pass out them spoons, baby.

SWPL has its place, as do you. What we need is good discourse all around.

Many cultures in this world are late arrivers. I am amazed at the narrowness and the provincialism of many Blacks in believing that they are the only late arrivers.

In Latin America(where arriving late is a national past time ), there are a few famous jokes:

Whenever there is a function, folks are told to follow "American or English time".

Proud late arrivers usually respond by saying that they are "not English,or Swedes".
I don't know, but it appears that arriving on time is an Anglo Saxon,or Nordic thing.

Most folks are late arrivers and couldn't care less what anyone thinks.