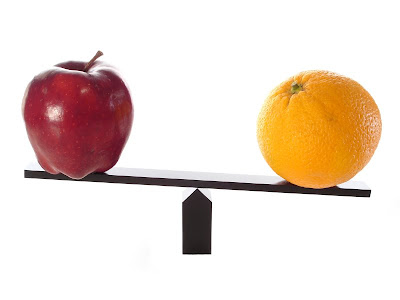 Little boys and girls are spontaneously sexist without prodding. They each think the other is yucky, mostly based on their particular likes and dislikes, snakes, spiders, dolls, and the like. It is less clear that those same children are naturally racist, as societal influence comes early and ugly and shows in adult ways, even from the mouths of babes.

Overtime, children, especially little boys, learn not to be sexist - hopefully. They may learn this from their mothers (fathers) and sisters (brothers), or teachers, or from a future heart-throb in homeroom, but somehow they learn some degree of it if they are lucky. But what about racism? There is no carrot to match the stick for when a kid says something either spontaneous or contrived of a racial nature- and this is the rub.

While sexism hurts us, especially females, as we see in studies, court judgments, and recurring dateless weekends (for men), the accusation still leaves recovery room for the little boy or girl in all of us, who learned or did not learn the right and wrong way to think about and treat those of the other sex. But to be accused of sexism is not close to racism, even though the accumulated loss could be argued as much greater. When we are labeled sexist, we accept it, or reject it, sometimes with punishment, sometimes not. But we always move on with some sort of secret resolve to do better or end up alone, or worse, miserable.

Perhaps sexism can teach us how better to approach racism. Racism too can be spontaneous or premeditated. It can prick us, or it can be fatal. But it has always existed from the time when the earliest Africans said goodbye to their brothers, at the start of their global walk-about, only to return with white skin, an attitude, and superior technology.

With racism (as with sexism) we have laws to forbid its digression, and these laws should be respected and enforced. But perhaps we should consider its organic nature and accept that much of the drama around it is of little benefit, except to make more, or less, of it than is probably deserved.

racism is age old disease that will never go away - www.anythingblack.wordpress.com

While sexism hurts us, especially females, as we see in studies, court judgments, and recurring dateless weekends (for men), the accusation still leaves recovery room for the little boy or girl in all of us, who learned or did not learn the right and wrong way to think about and treat those of the other sex
=====================================

Either I misread this sentence or there is some punctuation missing somewhere. What are you trying to say exactly?

HeavyD: Not one of my better grammatical days. What I am saying(trying to say) is that there is an avenue of recovery for someone who says something sexist, but much less so for racism. Because there is no room for rehab. we dig in and fight, often defending the undefensable. If we can see the origins of racism as organic, like sexism, maybe we can lighten up a little without lowering best practices. Sorry for the confusing prose.

Could the behavior in children that is interpreted as inately "racist" (seemingly manifest
organically) as a result of the "constructs" that are so prevalent in US society, ie. black-bad/ white-good??

Oh...in that case, I agree. I appreciate the clarification.

This is offtopic ( couldnt find an email link ), But I was curious as to your reaction to this

Specifically in regards to the NAACP and Al Sharpton.

As to this article, wasnt there a few evolutionary studies a few years ago that refered to "in-group/out-group" hostilies? SPecifically they were able to demonstrate a stong correlation to in-group politics as a survival trait? Wouldnt this indicate that racism, a specific method of labeling In-groups and out-groups, is in fact an evolutionary trait, and that in may well be ingrained in our genes to distrust people whoe look and act different than our surrounding community?

If that is the case, then "fixing" racism cant really be done, or at least, not by any of the methods that have been tried so far. Dealing with racism and being open about it (which is entirely impossible in the current climate) would seem to me to be a far more efficient path.

children just tease about looks, even in a completely unracist society, children will make pun and fun out of another for looks. Believe me i had glasses , i know;)
children are also fair and undiplomatical about beauty.

its not racism persee, altho it is strengthened by it (baby off) in a similar way to sexism victimising little girls by handing little boys tools, (words often) for opression.

It may have to do a lot with children being barred from social reality. Through carts, seats , doors, traffic situations, etc.
the contact a young child has with society can be very limited, wich means they would be more surprised to see anything different much from their familys.

I am not sure if that is very relevant, closer community's don't necesarrily mean racism is less.
(see southern states eg. where racism abounded in non-urban community's.). Otoh. i think in mixed extended family's racism is not always any problem.

I don't really see the substantive difference between racism and sexism that you're trying to assert. The only difference is that sex composition is (generally speaking) 50/50 while racial composition varies wildly.

I also don't appreciate the constant insinuation that sexism is always male-on-female and racism is always white-on-other. I agree that, as you say, sexism and racism (or xenophobia as I would term it) are natural impulses. That also means that it occurs both ways, among all races and sexes.

I think if you , instead , take into account the 'power - component' , the answer to your question becomes self - evident .

"Dave Myers", if you were responding to me, I didn't ask a question.

By the way I took your "racism" test and I found it quote offensive:

In spite of our society's institutional racist/colorist conditioning, you have managed to learn to treat others - irrespective of their melanin levels or ethnicity - as you would like to be treated. Congrats! Now, take the R.Q. Test back to your family and neighborhood, hold regular forums and help heal the rest of society!

I noticed that the last question on the test had an option: "We do not live in a racist society." I assume that's a wrong answer? So if I don't think that our society is racist, that makes me a racist?

I found most of your test to be more indicative of pro-multiculturalist left-wing political correctness than of "racism". Being told how I must think and act is far more offensive to me than any amount of "hate" or "discrimination".