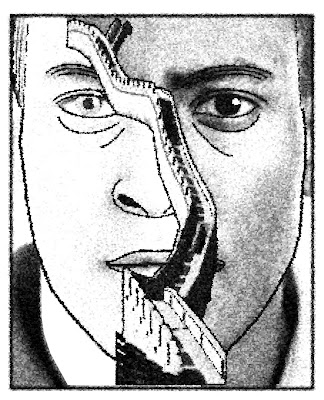 Over the weekend, the NYT offered an article on the growing mixed-race population of the US, including the varying contexts in which they find themselves. For them the two goals of racism can be shorted-circuited, the first being to control an ‘out’ group behavior, the second to control one’s ‘in’ group. Of course, Barack Obama is the leading example of how individuals of mixed race can navigate the sometimes treacherous racial seas.

People of mixed race, especially those who are black and white, get to possess both perspectives, if they choose, without having to represent their ‘loyalty’. It is this loyalty that often gets us into situations where we are defending something that is otherwise indefensible. Mixed-raced individuals have the built-in advantage of motivation to see the ‘other’ point of view, even if they more strongly identify with one side of their ethnicity.

The ability to walk in the other person’s shoes is a long-held advantage in resolving conflict, but, not just external conflict. These individuals may more easily cherry-pick the best of each part of their ethnicity for reduction or assimilation. By example, a good athlete may also study hard, minus the accusation of ‘acting white’. In truth, black-white admixtures, in the US, are probably more racially white than black when we toss their DNA under a scope. Recall that since most blacks are on average 17% white, via genetics, intermarriage with a person who is on average 97% white will produce off-spring that are 57% white.

Lastly, if a mixed-race individual indentifies ethnically with the minority, but across a spectrum politically, and assimilates the leading behaviors of the majority, the trust of both (all) groups is possible. This is not only a strategy for political success, but success in school, on the job, and in the neighborhood. Obama’s rise, thus far, is more instructive than we might think.

Just say it-mixed people are better then white or black :)
Nop they are just people with No identity,to me,may say new race-not black not white or other!
They can act like want,but they never will be black or white-new race,maybe it's future of humane race!? better future.........
Sorry this my point of view;)
varjuga

Thanks for this yet again clear observation. It reminds me og a study that was done in Apartheid South Africa in the 80s. The study was done to highlight the "whiteness" of the ruling white class. But the "problem" was that the results did not comply to their views - almost all (90%+) the so-called white race were actually mixed. Of course, the publication was banned right after the study became public! It would have been so much easier (and less deaths) if they acknowledged that we were more alike than not.

"Recall that since most blacks are on average 17% white"

Does anyone have a link to the study that says this? I've seen this statistic in the blogosphere several times, but never seen the source. Not doubting it's validity, just wondering.

Antonio: I needed this as well, as I talk about it in my book. Here is the source: "Estimating African American Admixture Proportions by Use of Population-Specific Alleles, Mark D. Shriver, MD. Pennsylvania State University, et al. (1998)".

"People of mixed race, especially those who are black and white, get to possess both perspectives, if they choose, without having to represent their ‘loyalty’."
I'm sorry, but I have to disagree from personal experience - the question "So, what are you is the first one asked and the hardest to answer. African Americans, especially, seem to assume that are not Black and require 'proof of loyalty' more often than not. White's seem to automatically believe the same thing and see you as less of a 'threat' in some way or more like them.
There are certainly great advantages to having your feet planted on either side of the aisle, but issues of loyalty and which race you act most like or choose to belong to(as if there is a choice)are serious and can be wrenching, especially in the adolescent years when identity issues are already so fraught.

You have to be in this situation to really understand, black/white/asian all treat me different cause they cant really place me, im black/asian, my skin tone is like a tanned white. What make me mad is my friends try to place me in that 'you suppose to do this box'

I don't label any one who I know who is mixed as black or white. I think they should identify as whatever they want but know that society will see u as black .

I totally agree with wng.