The End Of The University As We Know It 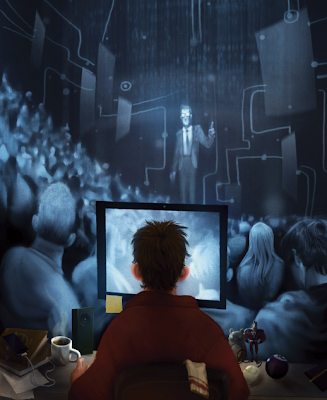 "In fifty years, if not much sooner, half of the roughly 4,500 colleges and universities now operating in the United States will have ceased to exist. The technology driving this change is already at work, and nothing can stop it. The future looks like this: Access to college-level education will be free for everyone; the residential college campus will become largely obsolete; tens of thousands of professors will lose their jobs; the bachelor’s degree will become increasingly irrelevant; and ten years from now Harvard will enroll ten million students.

We’ve all heard plenty about the “college bubble” in recent years. Student loan debt is at an all-time high—an average of more than $23,000 per graduate by some counts—and tuition costs continue to rise at a rate far outpacing inflation, as they have for decades. Credential inflation is devaluing the college degree, making graduate degrees, and the greater debt required to pay for them, increasingly necessary for many people to maintain the standard of living they experienced growing up in their parents’ homes. Students are defaulting on their loans at an unprecedented rate, too, partly a function of an economy short on entry-level professional positions. Yet, as with all bubbles, there’s a persistent public belief in the value of something, and that faith in the college degree has kept demand high.

The figures are alarming, the anecdotes downright depressing. But the real story of the American higher-education bubble has little to do with individual students and their debts or employment problems. The most important part of the college bubble story—the one we will soon be hearing much more about—concerns the impending financial collapse of numerous private colleges and universities and the likely shrinkage of many public ones. And when that bubble bursts, it will end a system of higher education that, for all of its history, has been steeped in a culture of exclusivity. Then we’ll see the birth of something entirely new as we accept one central and unavoidable fact: The college classroom is about to go virtual."...

Read the full article at the American Interest (here).

Although I do understand your point,it's not that simple.....

First thing that comes to mind is how do you control cheating?
And people will cheat.