Why Are Black Women Fat? 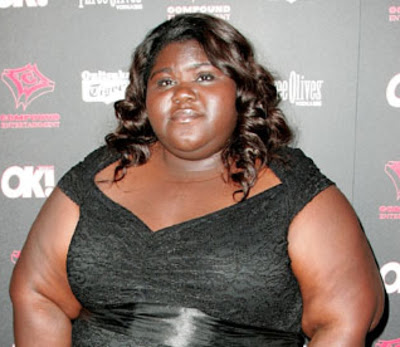 I read Alice Randall's NYTimes opinion (here) entitled, "Black Women And Fat", with more than a passing interest. In it, Ms. Randall postulates that a significant contributor to black female obesity resides with pleasing the black male desire for 'ampleness'. She speaks of diet and sedentary behavior, as influences, as well, but I still think she has the magnitude of the influence out of order. Pleasing black men would seem more of a cop-out for women, than sound reasoning. Still, this does not explain the behavior of some black men, when it comes to black women and weight.

Studies (here) and simple observation show us that Black men are most greatly attracted to curvy, proportional women, with a preference for protruding butts over frontal-view hour-glass hips, but this preference does not run counter to the general male preference for a waist-to-hip ratio of 0.7. Beyonce, and others before her, prove this out.

Now, I have my own 'opinion' on a lesser, but still significant, factor describing why some black women feel they are pleasing black men with all that fat. I postulate that black men are running (have run) a game (confidence game) on the women who believe this. In some cases the women are running the game on themselves - how crazy is that? Each incremental pound that a fat woman is encouraged to believe is simply 'thickness', or 'attractive' fat, provides the black man with 2X power in the relationship. The black male manipulates the black woman's body image to offset his assorted shortcomings, beginning and ending with his inabilities as provider/breadwinner. He tells her he loves her thickness, while sneaking behind her back with another 'skinny' woman, who he says (when busted) treats him 'better'. Give me a freakin' break!

So, while agreeing with Ms. Randall in part, I am postulating, rather than offering fact, that from the male vantage point, black men are running a game on black women to get more of what primeval man wants - sex from as many different women as possible, at the lowest possible cost to himself. In the case of obese women believing they are most desirable - it's just part of the game.

That's so crazy it could be true.

Or it could be that some men *gasp* like a woman that looks natural? Most (black) women aren't born skeletons. I think it's great our men appreciate that.

Gen, no man likes a "fat" woman. these women are just victims of "horndog" game by non-discerning men. big gurls are easy marks and being as how her most obvious flaw is her weight, they play it up in a positive light to get what they want from her.


i feel you are right on the "game" front, but i disagree with you on the motivation behind the "black man's" effort.

i think it's just a matter of getting easy sex. PERIOD. some guys (a minority as you pointed out) will mes witha fat woman. but not because they are necesaarily attracted to her. but because they just aren't that picky when it comes to sex. so they tell her she's just thick, and all the usual fluffery to get in her pants.

the sad part is she remains unmotivated to loose weight because "my man likes my weight!"...or so she believes.

Why are so many white women grossly obese? Everywhere I look, its like an epidemic. Why the focus on black women when there are so many with great big fat asses of all races. I live in L.A. and while there are definitely some hard bodies, there are a lot of flabby ones. Just admit your a racist. I'm man enough to admit I'm not into "any" fatties and do not discriminate based on race.

What makes us fat is STARCHES, SUGARS, and highly processed foods which contain a lot of BOTH. (Examples: Bread, potatoes, breakfast cereals, pastas, rice, chips, cake, cookies, biscuits, pancakes/waffles and syrup, ice cream, sodas, etc.) A diet high in these "foods" causes the obesity and Diabetes II epidemic we're seeing now. The way to lose excess weight and even reverse Diabetes II is to FAST (eat NOTHING, only drink water)for extended periods (24 hours, or two weeks, for example), and on non-fasting days, eat only one or two meals a day of meat, fish or eggs and non-starchy vegetables. Natural animal fats (Butter, meat fat, and even lard (!) are HEALTHY to eat. So is olive oil, coconut oil. These are NOT what makes US fat. Canola, corn oil, "Wesson oil," and Crisco are highly processed, man-made oils and are BAD for us.