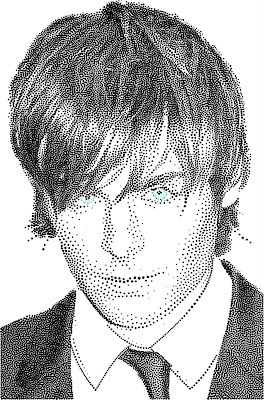 This is clearly an evolutionary advantage for groups with large numbers of light-eyed people; they can't tell lies well so they are forced to tell the truth, leading to a higher level of cohesion and trust.

It is said that the subconscious always picks up on all these nonverbal cues and that is why one is said to be "uneasy" and "unsure" when faced with a person that is lying to or trying to deceive us. People with dark brown eyes are indeed the best liars because one can barely distinguish the widening or narrowing of their pupils, although the subconscious will always detect it. and I can vouch for this as I have a couple of friends like this and they are the best manipulators and fibbers I know lol! (but in a good way of course)!

As for the blue eyed person not being able to deceive, well perhaps that's why I find them so cold and repulsive, because in the majority it is so easy to read their total disdain and dislike for us brown people! That's my theory and I'm sticking with it! ;)))

Also, I've read that when a person/speaker touches his nose it's a sure sign that they're lying! Time and again, I've see so many politicians doing this LOL! And they know about it, but it's a powerful subconscious action and almost cannot be helped!
Nonverbal communication fascinates me!

Is this why James Earl Jones is a great actor?

As for the blue eyed person not being able to deceive, well perhaps that's why I find them so cold and repulsive, because in the majority it is so easy to read their total disdain and dislike for us brown people!

At least they can't hide their "lyin' eyes" as "brown" people can do so well.

I find no human features "cold and repulsive" ... or anything derogatory. I would not want this type of person around children.

We can't help what we are born with, whether we are midnight black or pale moon white, or the shape or color of our eyes. Only spirit, words and deeds are cold and repulsive to me. And that's not my "theory" but my experience!

It's impossible to see a person with dark skin blushing. There is not one person in this world who I will believe if they told me they could see Tyrese Gibson or Akon or Kevin Hart "blushing"

I'm a Blue-eyed blonde white boy, and i can attest to making several dark skinned honeys blush, a blush is not merely the flushing of subcutaneous blood, its a combination of responses from the whole of the face, and much of a blush is shown through the eyes...