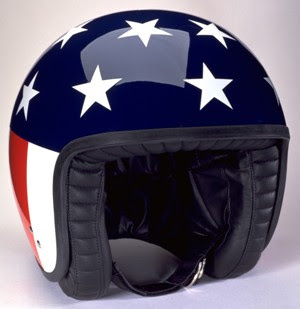 I was more of a spectator to the presidential inaugural than most. Sure, everyone was watching in a technical sense, but you could see and feel their emotional participation as well. Celebrating the election in November was enough emotion for me. My candidate won, I shook his figurative hand, now I want him to get in there and pay some bills.

This is not the way it is for most Americans. In their minds life sucks, and has for as long as they can remember. They feel overworked and underpaid. In a starving world, they are ill-housed, overfed and overweight, yet they see and feel their deteriorating economic and physical wellness each day. They are desperate for something good to rub-off on them, mostly by osmosis – his name is Obama. Obama, who made good on a meager start in life. Obama, who played by the man’s rules, and won. Voting for him, for many, felt like buying a lottery ticket on a huge jackpot and actually winning. Where's that check?

People hear what they want to hear, and what I fear Americans are not hearing in Obama’s words are that they have been living as consumers, not producers, for roughly the same amount of time that they have been miserable. They have been working hard and staying up late to consume a flat-screened sugary-caloried better life, rather than building skills and economies that lead their communities and world. Obama says it isn’t their fault, while he also says it is indeed their fault - he’s a skilled politician, and knows they will choose what they want to hear.

Long before Obama, I heard that America’s problems start and end with what I control, me. My parents trained my ears this way. In response, I am over-educated, under-housed, under auto'd, and right-sized. My life is no panacea and I am, like many, out of a steady paycheck in this economy. Nevertheless, I am not looking for a savior, just a president who cares about the whole of this country, more than the other candidates (in my estimation) and who will work with us to be proud to be Americans in the mirror, even as we struggle in difficult times.

We start with a clean slate, Mr. President. Godspeed and wear your helmet.

I didn't vote for your guy because I am not a dem and I doubt that what his team is going to do is going to work. They should be doing the opposite of what they want to do. When the rubber band snaps, they will ignite inflation. There should be a across the board 10 percent cut in all levels of government spending and 100 percent tariffs on imported goods. The Federal Reserve should be nationalized and tax policy should be written to encourage closed factories to be reopened. It is not our responsibility to make the rest of the world a better place.

"Godspeed and wear your helmet."

People are way too emotional about Obama. It is disturbing and dangerous. This, to me, is the flip side of the hatred for Bush. I don't understand it, but I suppose people are hungry for leadership.

I wish our new President well, and sincerely hopes he can make some progress in getting the government work to efficiently and competently.

The problem with Americans, and most people in general, is not only do they not listen, or think, they are quite fickle. They are easy to lead down the wrong paths.

I hope President Obama keeps reminding Americans what they need to do to get their country back on track.

I hope he keeps America safe but with the changes he plans for the CIA it doesn't look good.

I guess we have to wait again for a terrorist to make US uncomfortable with death and destruction to realize terrorism is still a real enough threat to use any means short of death and real injury to acquire information.

I sincerely hope it doesn't come to that but they are watching and waiting for a slip up Pres. Obama.

If you let us get attacked there will be hell to pay and no amount of blaming Bush will take the blame away from you the commander in chief.

The buck now stops with you
President Obama.

I think that the War on Terror has been nothing more than an attempt to keep the US on top just like the start of WWII was required to pull US out of Great Depression. This time it seems not to have worked as well. No nasty Germans to kill.

Care to tell your assumption to the victims of 9-11, the London subway attacks, the Indian hotel attacks, and on and on......

Or are you one of those freaking paranoid idiots that thinks we blew up the trade centers ourselves?

I hope not for your mental health.

I think in answer to your churlish comments that some elites knew that 9-11 were goning to happen, and they let it happen. You have bought into the idea that all of the elites really care about you. Tell that to all of the men, women, children that have died over the centuries on the whim of others.

Yes you are one of those freaking paranoid idiots that thinks we blew up the trade centers ourselves? Same as "knowing it was going to happen".

How could anyone think that?
First you'd need at least one single brain cell and it's obvious you lack that!

What happened over the centuries has absolutely nothing to do with 9-11.
For anyone to actually consider people knew about it and let it happen is the definition of paranoid delusion.