Acting White: What is Cheating? 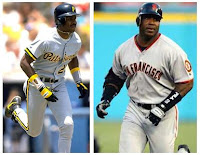 With the home-run record falling in recent days, there has been lots of talk about cheating. A day does not go by without some instance or accusation that edges right up to the point of fitting someone for an orange jumpsuit or a cushy up-state pen. Funny thing - lying about cheating figures to be worse than cheating itself, ala Martha Stewart. But what is cheating, really?

Everyone cheats - some better and more often than others, but it is a human trait. The argument with Barry Bonds is not whether he is a cheater, but whether he is a ‘good’ cheater. He says he is, most agree that he is not. A good cheater is someone whose cheating is not so obvious, while a bad cheater gains a lot of muscle near the twilight of his career and starts bashing homers like a crazy-man, when he should be signing autographs at fifty-bucks a pop at Las Vegas cards shows.

Michael Jackson is a bad cheater, along with all his other problems. He turned his skin white, thinking, I suppose, that no one would notice this cheating? Sorry Jacko, we noticed. But perhaps if everyone had access to changing their skin color, then we would not think of it as cheating or ‘race’ treason, but just discretionary ‘enhancement’.

When we step back, it seems that accusations of cheating peak as technologies of unfair advantage disperse into the realm of the franchise, away from the clandestine and exclusive shadows of the rich. Curiously, no one is suggesting the US get an asterisk next to its distinction as the greatest country of the modern world. After all, the founding fathers cheated (didn’t they?) when they bought stolen people to help build the joint.

Germany and Japan could protest US greatness, but then again I think they cheated to – if you ask the Jews, the Chinese, or Koreans. Baseball pitchers are notorious cheaters, with spitters, sand paper, vasoline, etc. Green Bay Packer Jerry Kramer, in his book Instant Reply, described hall-of-famers Dick Butkus and Alex Karras as world-class football cheaters.

Hey, Babe Ruth could have been a cheater for all we know, and he does not seem like the kind of man who would have passed-up an unfair advantage. I think Aaron was fair and square, but he may have just come along in between cheating technologies, and was forced play it straight.

In any event, cheating is what we do, just like lying, or pleasuring ourselves. So we should all take a deep breath and stand down. Only time and their health will tell us if Bonds or Jackson are good cheaters or fools who made devilish deals only to suffer down the road. In the meantime, play ball!

What an interesting, intelligent take on this issue! I enjoy your blog.

it's all shades of gray... and as a professional athlete once told me, "if you ain't cheating, you ain't trying!"

i like your point of view: there are "good" cheaters and "bad" cheaters.