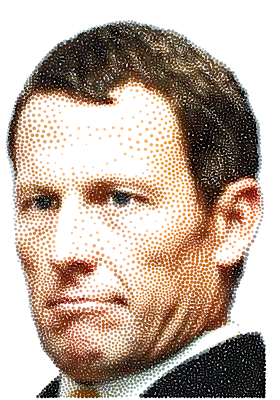 Travis Tygart of USADA is an angry neo CON and not to be trusted. Lance has passed over 500 drug tests. This is a witch hunt.

Romney is behind this because Lance supports the president

Lance is guilty as sin, only his defenders throw around false claims of his innocence. Lance as enjoyed and profited from this protection. When you compare Barry Bonds's treatment in the media and how they "lynched" and roasted him for steroid use you can't but notice the obvious racism he went through.

If we're going to talk about steroids, can someone please tell Serena Williams to lay off the juice. She looks like Arnold Schwarzenegger.

I'm no cyclist but I like this writer's simple expose of the cancer fund raising industry in this piece about lance armstrong. Well done - the author just says outright what I know having raised money endlessly,with no end in sight and little to no impact on the disease, or the lives destroyed in the maladapted delivery of what passes for a health service. Walk, run, cycle away from any more fundraising for cancer research!