Why Are Black People Mean? 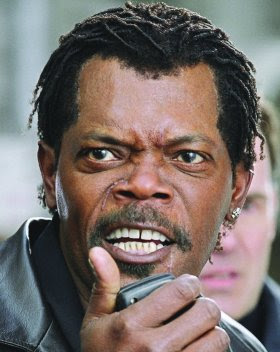 Extending the discussion (here) of violence, any student of human behavior knows that negative emotions are the precursors to violence. So, the key to stemming that violence, black-on-black, black-on-white, or otherwise, is getting a handle on the precipitators – apathy, grief, fear, hate, shame, blame, regret, resentment, anger, or hostility. Conflict is inevitable, but how we view it - internalize it - makes all the difference. BTW, I purposely use the descriptor 'mean', rather than angry, to steer discussion inward. Besides, everybody knows why Black folks are angry (I think).

I offer that the cultural tendency to confront the physical person, rather than their beliefs, is a significant driver to the statistical disparities of conflict outcomes. In his book, “Black and White Styles in Conflict”, Prof. Thomas Kochman (here) goes into detail on how Blacks debate the person first, followed by the issue(s). Very simply, the ‘hotter’ the words, the greater the chance of a physical outcome.

Last week I observed this tendency, in two separate business meetings, where emotions ran hot between Black business adversaries. Distracting personal challenges surfaced very inappropriately in these educated professionals. In both cases, angry or personal words appear mean-spirited and physically intimidating, although I do not believe that pre-meditated intimidation was the intention. Nevertheless, this type of exchange is too common, leading to individual and group suffering.

Of course, unique cultural character can make words seem threatening, when they are not. Contrary to any stat on Chinese-on-Chinese violence, elderly Chinese ladies talking in their native language, as I witness in the grocery store, sound as though a fight is about to break out. On the other hand, such words between Blacks can have folks looking for the exits. Blog comments by Blacks are another case in point - they get personal very quickly. In the end, not making conflict personal is the challenge for many Blacks, and one reason why meanest stereotypes and violent outcomes live on and in higher numbers.

Obvious question- how do you really know the race of any blog commenters?

Sean, there are no absolutes, but commenter's often self-identify to enhance the credibility or to add emphasis. Also, this site is not inviting to race grand-standers, so I have not found misrepresentation to be a big problem. People can represent whoever they want, as long as they do it thoughtfully.

So to take "Blacks debate the person first, followed by the issue(s)." another way, this could explain why it seems hard to have dialogue between races, even about mundane things.

If one half of the conversation thinks that the discussion is racially based (ie. an assault on his person) instead of focused on the issues, it's going to be down right impossible to have that discussion since each side is coming from a different place.

The Scandanavians, descendants of Vikings, are now so mellow that they have banned boxing in their countries. A people can evolve a new ethos, but this can take centuries. The U.S.A. doesn't have that long.

I don't know....I really don't see any race as being meaner than any other....I think everybody's mean if the need arises LOL!

The chinese sound loud & mean because of the use of intonation in their speech. It is part of their language, same words can have a totally different meaning if spoken softly as opposed to harshly.

The problem is with black Americans. There is something uniquely ignorant about them. I suspect its from their family life.These ignorant people are becoming parents and they just pass on their ignorance to the kids. I also believe they generally see life differently. Yes, black americans are ghetto and ignorant.