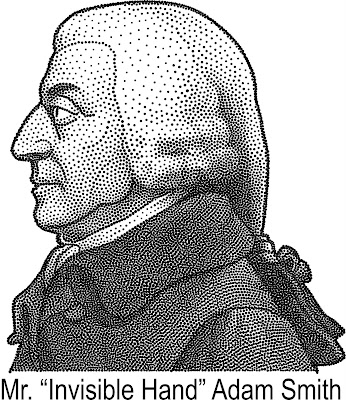 It dawns on me that while there is plenty of overlap in viewpoints of the treatment of blacks and whites in our society, there is also a very predictable, nearly invisible hand, guiding respective views of situations like that of Professor Gates and Officer Crowley. It is this invisible hand that directs blacks to see gross unfairness, while whites see the opposite misbehavior. So what is going on here?

What blacks seem to feel is that Gates’ color dictated Crowley’s approach, while whites feel that Gates’ behavior was the driving factor. The Gates, or black perspective, is rooted in assigning the non-randomness of Crowley’s approach, accompanied by arbitrary action, the arrest. Crowley, alternatively, uses Gates’ obstructionist behavior as precipitating evidence of the his justified and objective response. They both are right and wrong at the same time. Crowley is not as colorblind as he believes, and Gates discounts how his own behavior might incite the officer into a more aggressive posture, regardless of ethnicity.

In general, whites feel they too get mistreated everyday by authorities, so they ask ‘why should Gates get special treatment just because he’s black or a big shot?’. On the other hand, blacks, (me included) know that blacks are, at times, singled out unfairly, and are thus denied the rightful opportunity to move about as freely as whites. So how will blacks and whites ever reconcile on their respective plights with authority? Should we all go to a giant beer-bust on the Mall? Perhaps, but maybe not.

More practically, whites might consider how they would feel if police were, for illustrative purposes, more wary of over-weight, or red-haired whites, compared to brown/black-haired, or lean-body mass whites. Knowing that police are more suspicious of you for sub-attributes like weight or hair-color is akin to how blacks feel about being singled out for their ethnicity. Following on, blacks might consider the posture they would normally assume if being detained by a same-ethnicity officer, compared to the posture that they assume with a non-black officer, 'just doing his job'. What response would the professor expect if Crowley had been black?

When we deny others their sensitivities, agreed with or not, we draw a battle line in the sand. Crowley ignored how Gates, the black man, or the professor, might perceive his tone and demeanor, even after identification. Gates, for his part, ignored how Crowley would perceive his verbal rejection of authority, in a bona fide police action. So while it is clear that both men exhibited healthy egos, what they both might work on, as could all of America, is empathy – the propellant of understanding.

It has nothing to do with skin color, hair color, or appearance but with what a certain group's general history has shown.

Yes not all but the percentages sadly seem to make it so.

Thanks for clearing that up. I'll defer to you on all matters from now on.

Anon 2:08, I do not have first-hand experience with the abuse whites claim, via the authorities, but I do have first-hand knowledge of their feelings, hence the usage of 'feel'. As a black person, I have direct experienced and have witnessed situations of abuse, hence "know". My objective was not to place one group ahead of the other.

James, can you "know"? I don't doubt your experiences, but it is true that you experienced them only from one perspective - your own. You can't "know" what another person's true motives are. Unless they say "I stopped you because you are black and no other reason."

Case (?) in point:
Was driving around a mostly white area of Atlanta. Across the light from me was a pimped out 2009 BMW 5-series wagon. Probably sitting on 26" at least, chrome everywhere, two tone purple and maroon.
A white guy and his family ride bicycles across the street right in front off the car. The guy can't stop staring at the car, so much that he actually ran into his daughter. Still, he stares at the car.
Is the guy wondering "why is this black guy in my neighborhood?" or thinking "damn, I could do THAT to my BMW!"
What was the guy in the car thinking? That he was being looked at because he is black or because his car is dope?

I think we can go a long way, as you say, trying to understand and appreciate another perspective on the matter.

Mixing culutres and races doesn't work all that well no matter how much legal force progressives try to impose on all of us to make their nightmare come true.

All this situation illustrates, as I see it, is that racial thinking is still the problem. 'The Invisible Hand of Race' might be better portrayed as the inevitable bigotry, division and hatred that comes out of race.

Race needs to go, IMO. It's a fictional construct in the first place--it has no scientific basis whatsoever, and its sociological basis was created at the hands of colonists interested in hegemonic rule--and all it does in modern society is divide.

Imagine this situation from the point of view of pure individualism. The focus would be purely on the words exchanged and the actions done, not on whose on whose side and who has been historically persecuted and who hasn't. Obviously a purely objective analysis would be difficult to produce, but whatever analyses are made would not be guided by divisive master narratives of racial oppression and prejudice that cloud the truth of things and only serve to pit one group of people against another.

This event only serves to underscore how much we need to take stock, recognize that our society has been built on this destructive fiction, and begin to shift paradigms--whiteness, blackness, brownness; it all needs to go. Then, at some distant point in the future, when events like these occur, the focus will not be on the subjects' inherited genetic traits but on their actions, which are the only valid criterion for judgement in the first place.

Tell that to the companies that can distinguish your race from your genetic material. "race is a social construct" - that is a lie only the most deluded liberal social studies professor has ever believed. Race is a biological reality in addition to a social one.