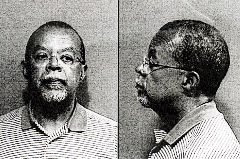 There are three types of racial profiling that I am aware of: prelude, performance, and curtain. Prelude profiling is when the police stop you because of what they think you might be up to - a 'hunch'. Performance profiling is, once stopped, they treat you as if you have definitely done something illegal, despite obvious evidence to the contrary. Curtain profiling is what happens after you have been groundlessly detained, present no evidence of foul play, but nonetheless merit a parting shot to remind you who is in charge and to keep your nose even cleaner in the future.

Harvard Professor Skip Gates seems to be a victim of performance profiling, with a boneheaded dose of curtain profiling for good measure. The prelude profiling would be understandable, given the call-in description of two black men with back packs forcing open a front door. The performance profiling ignored the old well-dress man with a cane and proper ID, regardless of his temperament. The curtain profiling executed the ‘don’t no black man loud-talk me this way no matter who he thinks he is’ ignorant police response, whereby Gates is arrested and hand-cuffed.

While I suspect that black men have statistically attracted some lower level of prelude profiling given the crime statistics, and my own experience growing up in a black neighborhood. Black men HAVE NOT earned performance or curtain profiling, and the police need to be held accountable for this mistreatment. So if Gates wants a pound of flesh from the Cambridge Police, so be it.

Perhaps I feel this way partly due to my own profiling moments, of years past, still vivid. As a teenager I owned a late model Trans Am and suburban police would continually flash their beacon lights on me, to see if I would comply or initiate a stolen car chase, even though my car was not reported stolen. Once I pulled over they would turn off their lights and continue like nothing happened. In another incident, the entire Sausalito, CA on-duty police force showed up at my apartment because they ‘didn’t know me’. Lastly, I made the front page of the business section of the Boston Globe when the Mass. State Police detained my brother in-law and me as a drug smugglers because we fit the ‘profile’, black with light carry-on luggage from NYC (yes, that's what they said).

Some people will say that Gates over-reacted, but not me. I know, as does he, that whatever his treatment that day, it is a hell of a lot worse for many others, black, or poor, or just vulnerable, and not family with the guy with the badge and gun.

JCC, I respectfully disagree. I think that you, Gates, and the media are turning this incident into what you want it to be. The officer was obligated to respond to the reported burglary. Gates was uncooperative, but the cop figured out what was going on. The cop was leaving, and Gates continued to make a scene.

Yes, there are cases where blacks are treated unfairly and disrespectfully by the police, but that doesn't justify turning this routine misunderstanding into an excuse to abuse the police. Do you really think that Gates' behavior was acceptable? Is it okay to throw out the Chris Rock rules if you're sufficiently black and high-status?

Anon 2:35, it boils down to respect. Once the officer had control of the premises and suspect (Gates) it was his choice to keep playing hard ball. Gates had no choice but to ID himself when requested - he did. The cop should have returned the similar request and begged off the inconvenience and embarrassment that Gates would have normally felt, in his own home. Instead the cop chose to be a dufus and will likely pay, as Gates is going on CNN Monday in a live interview with Soledad O'Brien to tell more of his side to the world. That cop would have never made that same move against a cantankerous white prof. - and expect to keep his job.

Did you read the police report? You seem to be taking everything Gates says as gospel. There are two very different stories being told here, and the media is only reporting one side. Also, no one disputes that Gates continued to yell at the cop as he was leaving. There were witnesses. That's acceptable behavior to you?

Is anyone going to interview the officer, aside from allowing him to grovel at the altar of white guilt?

"That cop would have never made that same move against a cantankerous white prof."

Do you think anyone would have noticed or cared if he had? Are you really that unaware of the one-sidedness of the media's portrayal of racial issues?

By the way, this exact same "disrespect"-based rage is at the heart of so much violence in the inner city. That's why I'm surprised that you seem to think it's perfectly fine. And so many other commenters here seem to be cheering it on as part of "the struggle".

Jim, sorry but you're completely mistaken. Gates was arrested for disorderly conduct after a legitimate response to a breaking and entering call. Gates acted like a complete asshole and while it may be debatable whether the disorderly charge was appropriate, I or any white who isn't a complete moron would expect to get arrested for similar behavior. Read the police report, not the black media echo chamber. Racial profiling had nothing to do with this case.

Gates is a liar. He said he was not even able to yell at the time of his arrest due to illness, but there is a photo being circulated that clearly shows him yelling, as Mangan's blog notes. What is funny is that in front of Mr. Gates, is a black officer with the distinctive "Negro, please" expression on his face. The black officer doesn't seem to think there is anything racial going on.

If I had to break into my own house, I'd hope the police stopped by to check my ID, and make sure it was me. I'd thank them and offer the officers a glass of lemonade as well. Professor Gates is known for his arrogant, abrasive manner, and if you are belligerent to the police who are trying to help you, hounding them even as they are leaving, then yeah, you just might get booked on a catch-all charch like disorderly conduct, no matter what your race is.

Who wants to bet on what the subject of Gates's 12th book will be? We can rule out grade-inflation at Harvard, that's for sure.

After hearing Crowley on the radio this morning, I would tend to think getting sideways with Gates was more about ego than race on his part. Gates, like a lot of us (black men), would naturally see race as the driver, as the result of being repeatedly singled out by race over our lifetimes - and the old you are the greater the accumulation.

Not sure what you're trying to accomplish with that last comment, Anon. That's some impressive "racialism".

So race was a factor in Gates response but not the Cop? You are really full of bull. For a million dollars would you like to be a black man for a day in this Country? I already know the answer.

It is funny sort of not really. Gates makes big bucks, he could leave this horrible country at any moment he does not. He was married to a white female. Just another race hustler trying to be a white male.

We don't want you in are white male club.

I think Dr. Boyce Watkins had it right when he said that we need to limit our energies to those cases that truly merit attention, and this one doesn't rise to that level. Jumping to every celebrity's defense without knowing all of the facts and/or without considering that, as equal human beings, both gentlemen are subject to bouts of pride and prejudice is not a wise move. If anything such over reactions will do more to enflame resentments and angers among groups than to close the suspicion gap.

It's amazing what can happen among human beings when we allow a measure of grace to intercede in our dealings with each other.

Proverbs 11:2: When pride comes, then comes disgrace, but with humility comes wisdom.

Proverbs 12:16: A fool shows his annoyance at once, but a prudent man overlooks an insult.

This man [Read Gates] has done nothing to better race relations. His interests are to promote his own agenda. These types of things bring money to pundits liberal and conservative alike. Myself, I treat all officers of the law with respect, black or white. They deal with the scum of society on a daily basis and understand these issues far better than all of us. Beer will never solve this issue. Nor will the inevitable riots that will ensue after Obama is voted out. You want respect... Earn it! Obama was elected by more non-black votes than black votes and he represents more than just black people. The family that brought him up didn't teach him he was a victim. And......

Whether you think your a victim or not, You're right.