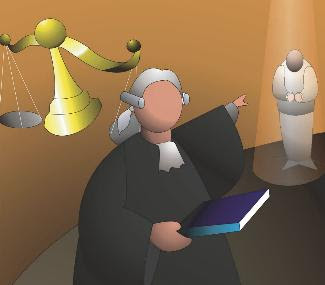 In May, I wrote (here) about Samantha Orobator, Nigerian-born Brit who had been sitting eight (8) months in a Laotian prison, on heroin smuggling charges. The length of her pre-trial detention, without benefit of legal counsel, and subsequent pregnancy during said detention were both cause for concern that she was not being treated fairly, under the most basic practice of jurisprudence.

As of today, Ms. Orobator has plead guilty. She was sentenced to life in prison, rather than the mandatory firing-squad, for her particular crime, specifically because she is pregnant. There is speculation, accompanying family denials of her rape in prison, that Ms. Orobator arranged her insemination while in custody awaiting trial, in order to spare her own life under the government’s pregnancy-exception to capital punishment.

I would not be surprised if the length of her pre-trial detention was facilitated by a hope on the part of authorities that she would avail herself of this escape route, thereby saving them the world-scrutiny and disdain for executing a gullible, ignorant woman. In any event, it seems that she was indeed guilty of smuggling and deserving of whatever the punishment of the land.

What remains is whether Ms. Orobator will be allowed to serve her sentence in Britain or Laos, who have an exchange agreement. In both venues there is the possibility of parole, but in the case of Laos, her chances of surviving, under notorious prison conditions, are sketchy. As a twist, circuitous British law may have her serving more time at home, than in Laos. Of course, there is still no question that prisons in the UK are more desirable, even if the stay is longer.

I hope young people everywhere take a lesson from this dreadful situation, which appears to be one of her own doing, having little to do with race, except that Nigerians seem drawn to this particular illegal trade in this country (here).

I'm afraid I am cynical enough these days about plea bargaining that I don't take a plea bargained guilty plea as conclusive proof of guilt. And that's in the US, much less in Laos.

People have to be very aware of the peculiarities of the countries they visit, and not assume that they are exempt from corruption, or law enforcement.

Whether due to racism or not, I'd never visit these bastions of paradise, since they'd probably assume I'm a drug runner based on appearance alone. There are some airports and locales here in the USA I avoid due to this silliness.

On a scale of 1 to 10 for criminal "justice" extremism, Laos scores a 15. However, I doubt Laos is alone with an imbalanced "justice" system.

I can recall an excellent expose about Tulia, Texas, where one man falsified evidence to get as many people, mostly black, in one town into jail due to our absurd and draconian drug laws. I suspect this is just the tip of the iceberg regarding drug (and death row) cases around the country.

I recently read this article about her. Sadly it is an unfortunate incident of her on undoing. I dont neccessary agree or with capital punishment but to inseminate yourself to avoid death is dispicable. So you gonna have a baby in jail or on parole(assuming she doesnt have an abortion) then what are u gonna tell the child? I hate to pass judgment but she deserves whatever the law extends.