In or Out Of the Game? - Being a Black Man 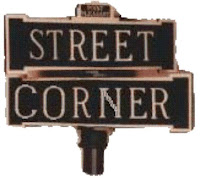 In or Out Of the Game? - washingtonpost.com

A.J., the 'battle-scarred hustler' and career outlaw is Black, and this is the problem. He does not happen to be Black, but rather he is Black. He defines Blackness, or at least a significant visible part of it, in our eyes. As long as we see him this way, he and those in his footsteps will remain at the helm of perceptions that thwart, inside and out.

I submit, in contrast, that A.J. is not Black. He is a very lost man whose skin happens to tell us his ancestry began in West Africa. There is nothing about how Blacks have been treated, or mistreated, in the time since A.J. was born, to pick a relevant period, that places him in his current plight. Why should Blackness be burdened with his bad choices? He alone is responsible for his tragic circumstance. By his own words, he is beyond honest work.

Where we fail him and ourselves, in our search for solutions, is the point that we say he has no choice but to be a predator and a living stain on his environment. If he has no choice, then his most identifiable attribute, the color of his skin, becomes his excuse and society's guilt. It is only academic whether we believe his color instigates the behavior, or that reaction to his color precipitates his behavior. On the street, his color exist as nothing more than a warning beacon of the danger he represents to anyone who ventures near him.

In response, Blacks must explicitly disconnect what it means to be Black from the behaviors of the A.J.'s in our society. We must un-invite them from our lives and struggle, because they are poison. We must let them wither on the vine, or be prepared to die by their hand, with them. It saddens me to say these thoughts, because I was taught to look after my brother. But, when I hear the words of A.J. and see how little value Black men place on their lives, I must become proud to say that he is not my brother.

Alas I have a new brother, not defined by color, but who is anyone that wants a world where fear, violence, and hate have no sanctuary.

Technorati Tags: In or Out Of the Game?, Gansta, Hustler, Crime, Responsibility, Racism, acting white
Posted by James C. Collier at Thursday, January 18, 2007

I head about this case a year ago on NPR while driving to my friends house, and I can say that I had to pull over and was shaking with rage by the time the program ended. This clearly shows that its high time for African Americans to give up their slave mentality of perpetual victimization, and finally own up to the fact that their status in America is more a reflection of high incarceration rates, poor academic performance and a variety of other reasons (all of which have been fermented by isolationist thinking)...