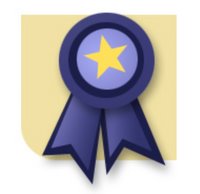 I believe that smart people, like Principal Elizabeth V. Lodal, make mistakes, but not innocent ones. If she did make a mistake, it was in saying what she believes, to the public, in a moment of honesty, even if it was not explainable or politically correct.

Rather than a mistake, it would seem that her lack of confidence and frustration got the better of her. After all, she heads the top high school in Fairfax County and should understand why Asians students outperform Whites, who in turn outperform Blacks and Hispanics. However, she does not know the answer, and this perhaps is why she resorted to racist associations and explanations that place her in ‘hot water’.

In her defense, educators far more learned than her do not know why students perform the way they do. No one does, and certainly not the students. But if we could measure, and we can, the degree to which individuals rigorously assimilate and apply the most advancing thinking methods and behaviors, we could reasonably predict who would come out on top.

In the battle for the top academic spots, the competition has Asians more often in the coveted places for a simple reason. All other factors being equal, ‘immigrant’ character, regardless of race, reflects a willingness to assimilate advancing behaviors with the least amount of culture-influenced resistance, and this is the determining factor of advantage.

In contrast, American-born Blacks and Hispanics assimilate the behaviors of advantage at a slightly, but consistently, lesser rate than the mean, resulting in the disparity to Whites and Asians in test performance. The difference is not genetic, but rather behavioral.

To be clear, herein we are scratching the surface of a new framework of understanding that looks to the array of factors that drive behavior and resulting performance. Those factors reach back in time, thousands of years, across the vast geographies, and histories, which resulted in the different societies that evolved the people and students we see today.

The issues raised here are much greater than Ms. Lodal, who seems to have contributed much, and hopefully with more to come. I prefer to take her innocent mistake, not as a put down of Asians, but rather as an invitation, albeit inadvertent, for all of us to put new eyes on issues of disparity and answering the challenges of advancing all students.