#16 Why Are Blacks So Violent? 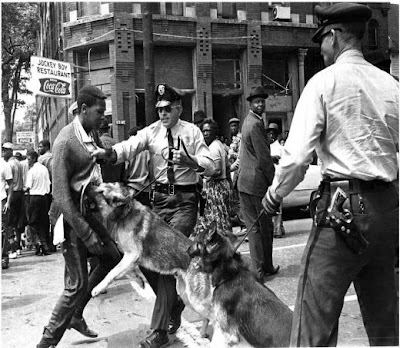 After the recent spate of violence to plague McDonald’s restaurants, I have noticed this question continuing to pop up in discussion forums, and in my head, as well. The answers tossed around are usually either racist/ignorant, PC-silly, or some combination. I thought I would try my hand at something more enlightened. Before I start, the reasons that Blacks are violent are both similar and different than for Whites (who I will cover another time). Here goes.

Reason Part 1. Modern-era ethnic Africans, with ancestral influence dating back at least 5,000 years, and including Africa-Americans, have significantly less relative exposure to the rule-of-law (ROL) and, therefore, less cultural acceptance and manifestation of same. ROL provides a process and procedure for guiding and controlling behavior, and specifically managing conflict.

Reason Part 2. Black Americans, from slavery to recent years, have lived under a compromised (i.e. exploitative) version of this country’s Euro-based rule-of-law, as embodied in the US Constitution. This bastardized ROL singled-out the group for abuse under color of authority, thereby making eventual trust and acceptance in the law nearly impossible, if not always more difficult than with other citizens (especially recent immigrants).

These reasons are simply explanatory. They are not excuses, nor are they allowances. Regardless of group experiences, Blacks are individuals with full responsibility for their specific actions. Historical experience must never override adherence to laws, even in the case where parts or the whole of the law is errantly applied. To do so invites the greater risk of social collapse, the companion of anarchy.

I'm no authority, just a blogger asking why. Thoughtful alternatives? Come one, come all.

WARNING: DISTURBING VIOLENCE. In this video, two black girls beat a white girl into potentially fatal condition at a Baltimore McDonald's restaurant, with only marginal intervention from store management, and abetting by other store employees. An older women ultimately comes to the white girl's aid, but not soon enough to keep her from convulsing. I don't know what led up to this, but I cannot imagine any justification. "Stop this crazy world, I want to get off!" 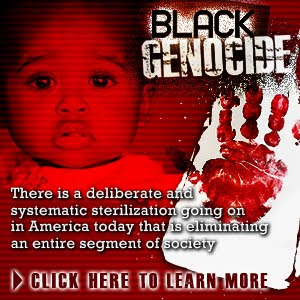 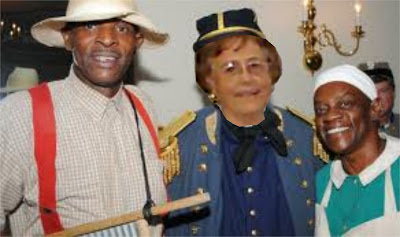 Orange County Republican Marilyn Davenport, accused of racism, got some help from her black friends in S. Carolina, to back up her claim that they are just fine with her depiction of President Obama as an ape-child. One of her 'darkies', (Davenport's affectionate reference), sent this recent snap shot taken at a meeting of the National Federation of Republican Women. Ms. Davenport added, "I may be an old bigot, but I'm not a liar".

I guess we owe Ms. Davenport an apology. Mon erreur. 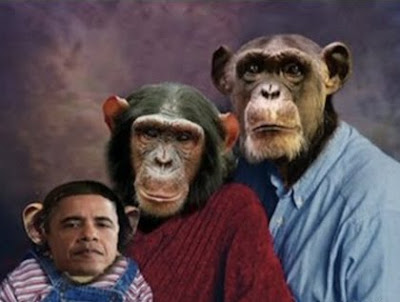 Orange County Tea-bagger Marilyn Davenport has some explaining about why she thought it was acceptable to send an email containing this picture. And does the fact that she has blacks that she calls friends make any difference? Furthermore, she said she only sent it to people who wouldn't be offended. Problem is that this list should have included people who also like her. Clearly, at least one of her 'friends' wants to see her bake - and bake she shall.

See what Davenport's alleged black friends have to offer in her defense (here).

I live in Oakland's Koreatown and there is a lavender & purple-painted beauty supply store down the street, so when I saw this David So comedy skit I just about busted a gut.

I will certainly rub many of my friends the wrong way on this, but with President Obama’s announcement, today, to run for re-election in 2012, I am not looking forward to him blowing political smoke in the vicinity of my hind-quarters for two years (again). His message? How he needs my help to ‘continue’ changing America. Heck, I am still waiting for him to start a real fight for the change he promised on the run up to his 2008 victory. Let us not kid ourselves - the only thing worse than Obama winning was McCain, but only by a political whisker.

Rather than fight to put this country on a new course, Obama has shown himself to be less of a savvy leader and more of a junior politician, in a town already up to its neck in tricksters. Today, he starts trying to wake all of those folks who left their seats in the stands in 2007-08 to literally pushed him over the election goal line. Once in office, he told the faithful to retake their seats, while he has proceeded to get pummeled playing politics the old-fashioned way – making deals with the devil until the two are indistinguishable.

I do not doubt that Obama will win in 2012, going in with close to a billion dollars raised to get and stay in office. However, we are playing the same old game of voting for someone who stinks a little less than their opponent. Wars will continue, people will die, jobs will go missing, corruption will skate freely, crime will not abate, schools will fail, and the trains will continue their lateness. However, and more importantly, the needed show-down around values and ethics erosion, whose absence encourages the often-selfish ‘haves’ of this country to prey upon the often-complacent ‘have-nots’, will have to wait for a true change-agent leader - whose name is definitely not Obama.