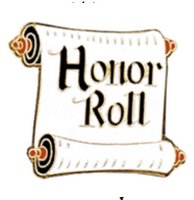 Congratulations to Arlington’s Wakefield High. Showing that minority students can be drawn to AP-focused curriculums, with successful results, is very meaningful. It is also a good place to scrutinize for just what is and is not driving their success, against the difficulties of urban and rural education programs across the country.

The high percentage of immigrant students involved speaks to the influence of the ‘immigrant’ character of assimilating advancing behavior, with a very low threshold of cultural resistance. But, what is driving non-immigrant students to higher interest and achievement? This understanding is required to replicate or adapt their success nation-wide.

The descendants of former slaves are one of the few groups to come to this country without 100% immigrant mindsets. They did not select themselves, from their greater ‘home’ population, for the journey. Rather their people were selected by slave traders, facilitated by their vulnerable status in the harsh lands of West Africa. Only a minority of Blacks, as we would expect, have the naturally occurring immigrant mindset, but this does not have to mean banishment to America’s economic basement, for the greater group.

While immigrant mindsets push subsets of Blacks to seek out advantage with little or no assistance, K-12 curriculums of schools must adapt to what the majority of Black kids are missing and unable to capture. At the base, they are being educated while relying on inadequate preparation and instruction in critical thinking, or thinking about thinking. They are also missing preparation, persuasion, and conflict management skills that build upon a logical thinking base.

Extraordinary pockets of education will always spring up because there is a pent-up demand, as represented by the children of immigrants, and like mindsets. This demand has those kids, with the aid of their parents and teachers, finding, largely on their own, that which they are missing. However, where there is not a demand, thoughtful educators must follow their own findings, which point to critical skills, and provide those kids with what they need to succeed.