Seeds of Leadership on a Va. Farm 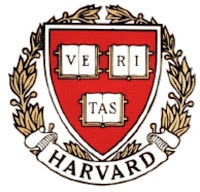 Seeds of Leadership on a Va. Farm - Washington Post

Harvard's first women president, Drew Gilpin Faust, could do the university and the country a big favor by acknowledging the school's dismal leadership in studying the plight of 40 million Blacks and the true impact of that plight on the rest of America.

Instead of touting how better off the learning environment is by having a few 'choice' Blacks in attendance, she could challenge her faculty to tell us why Blacks predominate at the lower end of the economic scale, and are as a whole losing ground.

She could bring truth to the discussion by acknowledging that two-thirds of today's Black Harvard undergraduates are children of immigrants, disqualifying them as representative of the historical Blacks so in need of solutions. They disqualify because their behavior, following those of their immigrant parents, has very little in common with troubled Black America.

She could talk about the cons of affirmative action, whereby grades are depressed and graduation rates are punished when the admitted are given points for the color of their skin - points that can't possibly translate into competitiveness in the classroom.

But mostly, she could blow off the status quo and redirect the university's search for exceptional Black students to become one of a search for courageous analysis and understanding of those accumulating millions of Blacks kids who never make it through high school, let alone the prestigious gates of her now Harvard Yard.